Mangiardi has 50 years of songwriting under his belt, but only recently began sharing his writing with the world. Inspired by the lyricism, singing, and storytelling of artists like Hank Williams, James Taylor, and Joni Mitchell, Mangiardi began writing music and playing in bands at the age of 15. He played on the folk circuit around New York City and New England before stepping back to keeping his songs to himself.

A self-described “closet songwriter who wrote songs for an audience of one,” Mangiardi reveals, “I wrote songs to soothe myself, I guess. It still is a form of escapism to me.”

Once Pete DeCoste, drummer and a friend of Mangiardi, got ahold of his songs, DeCoste brought him into the studio with legendary musician and producer Herb Pedersen. Mangiardi has proudly continued to record music and now plays gigs around the Los Angeles area.

The new EP, The People You Love, was written and composed by Mangiardi in 2019. Its folk base and strong, story-like lyrics speak to the 50 years of songwriting Mangiardi has under his belt.

“I am very proud of the EP because for me it holds up from track one through to track nine as a whole and on an individual song by song basis. I always wrote songs to soothe myself from whatever was going on because the music really would do just that for me in a very intimate way. I never wrote to fit in a market or compete,” Mangiardi tells American Songwriter. “It’s a given that we all have outside musical influences from which to draw for ideas but I think the real challenge is to dig deeper inside of myself and sail that ship, weather the storms, until I reach its destined port of call. I always find that more gratifying.”

The EP charted on The Root Music Report’s Top 50 Americana Songs, making it to number 34.

Starting with a soothing guitar riff, “The People You Love,” the opening track on the EP, began as a callout from Mangiardi to himself.

“After you are gone, the only thing that matters is how kind you were to those people who were right in front of you when you were here,” says Mangiardi. “I wrote it as sort of a wake-up call to myself. I was always a cut and run guy and one day had the realization the only thing that matters is how well do I treat everyone I encounter; especially those in my immediate circle. How available do I make myself to them? Stuff like that. Still working on it. I often listen to the song now to slap myself in the face and ask myself if I am doing it or not.”

“The People You Love” is accompanied by Mangiardi’s first-ever music video. Created by Mangiardi himself, all of the moving footage and the majority of the still photos were shot right on his iPhone. The video also includes stock images and greenscreen footage of Mangiardi, filmed by J.J. Keopraseuth.

While the entire EP keeps up with Mangiardi’s signature folk style, “Under The Bridge” and “Tired Ol’ Texan” truly embody the full Americana spirit. Complete with steel guitar, fiddle, and a bit of banjo, these tunes capture a classic country sound.

“Guitar Red” is Mangiardi’s love song to his first guitar, the only true consistency when life was chaotic. The song is relatable to any songwriter who’s gone through it all with their guitar- but listen for the twist ending.

Mangiardi’s EP has the feel and lyricism of a classic country record, truly making it something to share with The People You Love.

Check out the music video for “The People You Love” below. 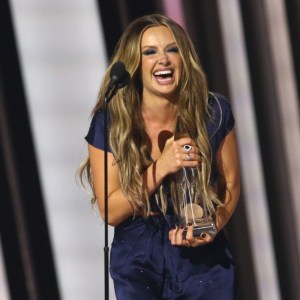 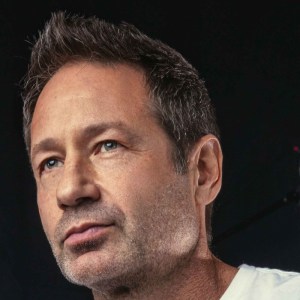