English soul songstress Amy Winehouse will be the subject of a new scripted series. A reported eight-part show will be based on Daphne Barak’s bestselling book, Saving Amy.

Halcyon Studio recently bought the rights to the bestseller which offers an intimate look at the artist through 40 hours worth of footage and interviews. The studio’s chief executive David Ellender said in a statement, “Although her career was cut far too short, Amy was the voice of a generation and we look forward to telling her story in the most poignant way possible.”

The singer died in 2011 at the young age of 27, unfortunately joining the infamous “27 Club.” The series will follow the singer’s career, artistry, and relationships, as well as her public battle with drug and alcohol addiction.

Also based on Barak’s book, a biopic, titled Back To Black after the artist’s 2006 hit single and album of the same name, has been in the works for a while. It is unclear whether or not these two projects are related.

Said to be a passion project, the film is helmed by the star’s close friend, director Sam Taylor-Johnson of Nowhere Boy and Fifty Shades of Grey acclaim. The biopic reportedly has the blessing of the Winehouse estate and the singer’s father has stated he is looking forward to people seeing “the real Amy.”

“The one who loved people and was loved and had people all around her,” he said. “A real positive image of Amy.”

[RELATED: 5 Deep Cuts From Amy Winehouse That You Should Be Listening To]

Earlier this year, Variety reported actress Marisa Abela was a frontrunner to portray the singer though nothing has since been confirmed.

The “Rehab” star’s life, career, and brief time in the spotlight have gone on to inspire so many other powerhouse voices, including Lady Gaga, Adele, and Sam Smith. Revisit Winehouse’s hit “Back to Black” in preparation for what’s to come. 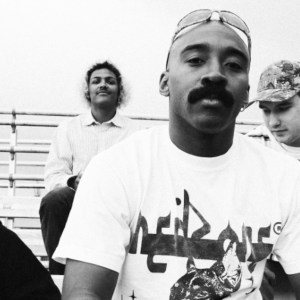