Seal, the man with the legendary voice, has announced that he will release the deluxe edition of his 1991 debut album.

The revamped quintuple-platinum self-titled record from the Grammy Award-winner will drop on November 4 and will include a four-CD or two-LP package with remastered audio, rare recordings, dance remixes, and a previously unreleased concert. A Dolby Atmos mix of Seal by the original producer, Trevor Horn, will also be available on November 4.

Fans can pre-order it HERE.

To celebrate the announcement, Seal shared the classic video for “Future Love Paradise” with a new HD upgrade.

According to a press statement about the new reissue, “Seal’s landmark debut will arrive as a 4-CD/2-LP deluxe edition on November 4, packaged in a 12”x12” hardcover book that includes rare photos and liner notes by prominent music scribe Jim Farber for $79.98. SEAL: DELUXE EDITION introduces a newly remastered version of the original album on CD and a double LP with an etching on the final side.

“The set’s three remaining CDs provide some context around the studio album using an extensive selection of rare recordings from the era, including early mixes, remixes, and more, as well as a previously unreleased 13-track concert performance. All the music on the Deluxe Edition will be released the same day on digital and streaming services. On the same day, a Dolby Atmos mix of the album created by the original producer, Trevor Horn, will also be available.”

The new deluxe release also boasts a disc of rarities featuring “premix” versions of six album tracks. These versions featured early mixes that were available briefly on early pressings before they were replaced by Horn’s final mixes. The collection also showcases many of the incredible dance remixes created for album singles, including standouts like William Orbit’s dub mix for “Killer” and the Giro E Giro Mix for “The Beginning.”

Check out the full tracklist for the upcoming deluxe edition below.

6.   “The Beginning” – Round the Underground Dub

7.   “The Beginning” – Round the Underground Mix 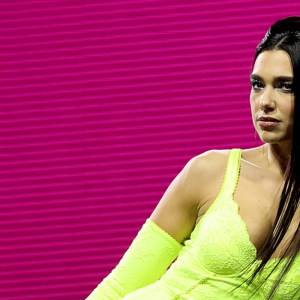