Meet Andy Gibson, the man who co-wrote the Jason Aldean/Kelly Clarkson #1 smash hit, “Don’t You Wanna Stay.” Gibson was discovered by John Rich one night, playing a Spanish-language version of one of Big and Rich’s songs during his regular gig at a Mexican restaurant in Nashville. His career has since blown up; Gibson’s debut album, due in April, feature great new tunes like his current single “Wanna Make You Love Me.”

Check out Gibson’s live versions of “Don’t You Wanna Stay” and “Wanna Make You Love Me” by clicking on the links below. The painting in the background was done by Joseph Arthur, in case you’re wondering. 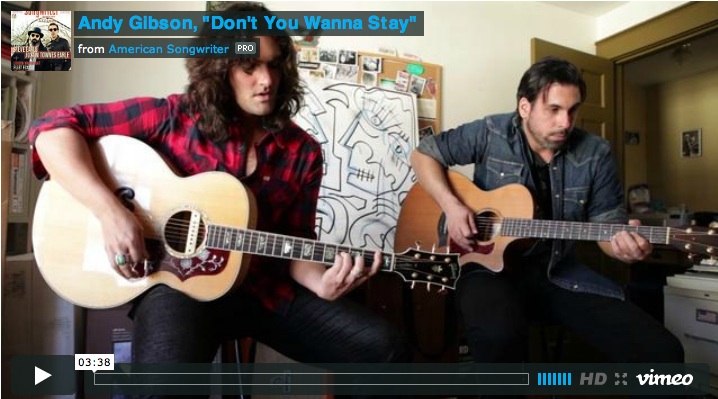 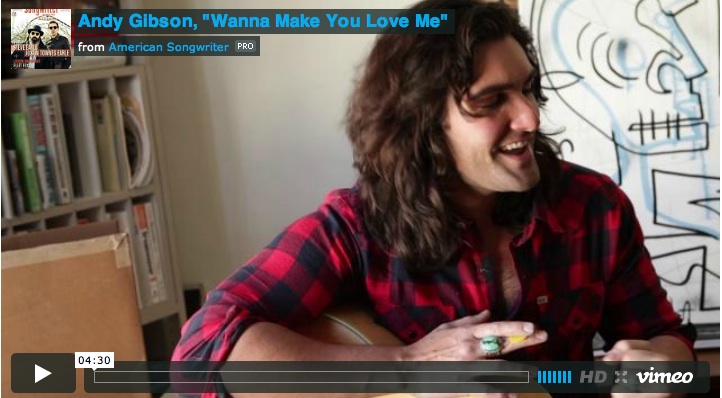 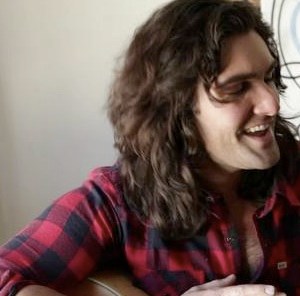 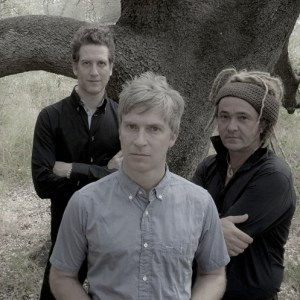