Sheryl Crow showcased the highs and lows of stardom in her new SHOWTIME documentary, Sheryl. The documentary bares all in recounting Crow’s career in the late ’90s early ’00s – sexism, a public battle with breast cancer and bouts of serious depression are all brought to light.

Amongst the archival footage are interviews with friends and admirers, including Brandi Carlile, Keith Richards, Emmylou Harris and close friend Laura Dern, who speak of the singer-songwriter’s lasting influence.

In celebration of the new documentary, Crow sat down with Zane Lowe (Apple Music 1) for a career-spanning conversation. She shared with Lowe her doubts about making the documentary, how she hopes it will connect with people battling mental illness, and the liberation she feels from making music today.

Crow began by revealing the initial hesitance she had while making the documentary saying, “I always just thought documentaries were something that was at the end of your career and I still feel like I’m not quite on the back nine yet. So once we sort of discussed how it should be and decided it should be the story of the person as opposed to the career, it made more sense to me.”

Due to the documentary’s themes of mental illness brought on by her career, Crow said she hopes the film connects with people who have fought similar battles, especially women.

The “All I Wanna Do” singer also touched on the “liberating” feeling of “not being relevant” and her hope that she can inspire women to honor their age.

“I love this part of my life so much,” Crow shared. “I wouldn’t change one single thing about it. And there’s something really liberating about not being relevant. I’m not going to write music for 20-year-olds and that is great because they’re going to be 20-year-olds that like what I do and there’s also going to be a whole other population of people that totally are where I’m at.

“And, hopefully, it will help us to sort of as women embrace being our ages, and honoring that, and feeling proud of it, and not feeling like I got to run get my face fixed to look younger so that I’m more palatable to look at or I’m more perfect or whatever.”

Watch the full interview with Zane Lowe for Apple Music 1 below. 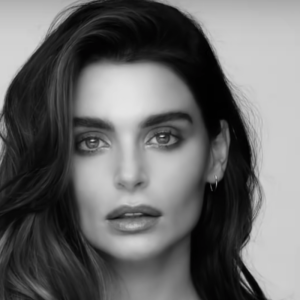