In a music world that changes by the minute, it’s good to know that Simple Plan is keeping up an impressive level of irreverence after two decades together. Case in point: Harder Than It Looks, the title of their new album. “If you look through the history of the band, every one of the album titles has a tongue-in-cheek sexual innuendo,” lead singer Pierre Bouvier tells American Songwriter. “We like to go with a double entendre, where it can be seen as a sexual pun, but it also has a deeper meaning. Like our second album was called Still Not Getting Any. Well, it was really about not getting any respect from the media that just thought we were another pop-punk band that wouldn’t last.

Not only are the album titles staying on brand, but so is the music. Harder Than It Looks brims with the same youthful energy of their earliest records. The hooks are still sharp, and the guitars and drums still rev up to a hyper-speed tempo. Take a cursory listen and you’d swear that this Canadian quartet (Bouvier, Chuck Comeau, Jeff Stinco, and Sebastian Lefebvre) has created a time machine to go back to their initial multi-platinum explosion.

Listen closer to the lyrics, however, and you’ll hear a band that has matured gracefully without losing their vim and vigor. Songs like “Wake Me Up (When This Nightmare’s Over)” and “Anxiety” touch on the angst and turmoil to which anyone who has lived through the last few years can relate. Call Simple Plan prophetic, because the album was written before the pandemic even began.

“With Simple Plan, we’ve come to realize through the years that a lot of our fan base rely on us to get them through some difficult times,” Bouvier says of the coincidence. “We try to be conscious to write songs that are about struggling. I think it helps me too. I’m now in my 40s, and I question what I’m doing. I’m struggling. I have anxiety, I have doubt. I doubt my decisions, where I’m at in my life. And I think that music can be a really helpful tool to get you through those moments.

“That’s the inspiration behind a lot of these songs. And it really fits the pandemic. Because when you’re going through this and you say, ‘Wake me up with this nightmare’s over,’ a lot of us have probably said that over the course of the last couple of years. It kind of freaked me out a little bit. Did we really predict this? I hope that people will find comfort in these songs.”

When the pandemic did hit, it interrupted the band’s release plan. But Simple Plan is finally ready to unleash their sixth album. “At some point, it was like it’s coming on six years since our last album,” Bouvier explains. “We can’t wait anymore. The fans are getting impatient. We pulled the trigger. We came to the realization that we could no longer wait for the pandemic to end.”

Bouvier collaborates with drummer Chuck Comeau on the songwriting for Simple Plan. The duo proves again and again on the ten tracks on Harder Than It Looks that they haven’t lost their knack for bouncy verses and anthemic choruses. “I don’t think that it’s in me to write filler,” Bouvier says. “I’m not trying to be boastful. It’s just the way that I write stuff. Chuck will come up with a line, and I’ll sing it and I want to make that the focus of everything. When you hear our songs, whether they’re singles or not, you’re going to remember the hook. That’s really an intricate part of what Simple Plan is, and I think it’s a part of all the songs we’ve ever written.”

Songs like “Million Pictures” and “Best Day Of My Life” are feel-good ravers delivered with the effortlessness of true pros. Simple Plan even enlists Deryck Whibley of Sum 41 on “Ruin My Life.” The two bands originated from adjacent regions in Canada and rode the wave of the pop-punk movement of the early 2000s together, but had never collaborated on a record till now. A Blame Canada tour featuring the pair of groups will roll through the US in the spring and summer. (“As Canadians, we never want to take anything too seriously anyway,” Bouvier says of the tour title.)

As for that “pop-punk” label, Bouvier has made his peace with it, although he sees the band’s music a little differently. “I think that’s something that a lot of bands go through,” he says of the categorization. “Especially when you come out, you don’t want to be labeled as one specific thing. Although you also don’t want to be sounding all over the place. It’s a good tool for people to describe, ‘Oh what do they sound like?’ I can embrace it. I get it.

“But what’s more important to me is good songs. A lot of times, when I write songs, I’m on the piano a lot. You’ll take a song that can be a fast pop-punk song, and if you can play it on the piano and it sounds like a wonderful ballad, you’re on the right track.”

Speaking of wonderful ballads, the new album closes out with a stunner on “Two,” a snapshot of divorce as told by a kid caught in the middle. “All of us have kids now,” Bouvier says of the track. “We look at the impact those things can have. In our relationships and our lives, we look at our friends splitting up and how that affects people. One out of two marriages doesn’t work out.”

“It was Chuck’s idea to write it, and it was interesting to write it from the perspective of a child who doesn’t have the voice. I think it was an original idea to write from the perspective of, ‘Hey, I never wanted this, to have two separate houses, two separate Christmases.’ I think it’s a very powerful song for someone going through that, who is either a product of divorce or is having a rough time in a relationship. It’s an intense one for sure.”

Harder Than It Looks will be released 20 years after the band burst onto the scene with their debut album No Pads, No Helmets…Just Balls. The synchronicity isn’t lost on Bouvier and his bandmates. “How did we pull that off?” he marvels. “That is the greatest gift. I look at different people that were on the rise at the same time as us, and they’ve either broken up or they’re not as relevant anymore. I’m so grateful that we can still be here.

“I think that comes with the work ethic. We have Chuck, the drummer in our band, who is like the most driven person I’ve ever met in my life, and then I’m the perfectionist. When we write songs, I’m surgically working on every little part. Whether it’s a shaker or a tambourine or a keyboard part underneath or the bassline or a drum fill, I’m in there working my butt off to make sure that’s just right. I think that’s why we’re still here. It’s a testament to how hard we work. And how much it means to us.”

Not that it’s been all smooth sailing. In 2020, longtime bassist David Desrosiers left Simple Plan after sexual misconduct allegations were leveled against him. Part of the statement the band made following his departure made clear their feelings for those impacted: ”We offer our deepest apologies to the women who were hurt by his actions. We are also sorry for all our fans who are disappointed by this regretful situation.”

Bouvier sees his band’s issues as a microcosm of the bigger picture. “Not only what our band has gone through, but also what the whole world has gone through,” he says. “There’s so much division everywhere. With the pandemic, having people locked up and having nothing better to do than comment vitriol all over the internet. I think it’s been a tough time for everyone. We’re all feeling it. We’re all going through our stuff. That’s what makes me even more excited about turning the page and being able to come out strong. To do what we love to do. It’s important to be able to learn from our mistakes, to grow from the hard times.”

How does a band like Simple Plan, who are caught somewhere in time between their buzz-band youth and being grizzled veterans, keep the attention of their fans? For Bouvier and company, they’ve managed to do it by staying true to themselves and their experiences in their writing, even while refusing to betray rock and roll’s anarchic spirit. That’s how crunching guitars and shout-along refrains can sit so seamlessly next to profound emotions, as they do on Harder Than It Looks.

“I’m in my 40s, I have kids of my own,” Bouvier says of the band’s evolution. “I still feel like the kid singing ‘I’m just a kid’ at 19 years old on stage. I don’t feel like a different person. I feel like I’ve got experience, and I feel like I know a bit more about certain things. But I still have insecurities. I don’t know what I’m doing. When I write songs, I constantly question myself. When we’re doing live TV shows or interviews, I’m just a guy who doesn’t know what the hell I’m doing. I think when I write songs about going through hard times, they’re still relevant to me.”

The problems may change, but Simple Plan’s ever-buoyant music still provides, to paraphrase one of the songs on the new album, the antidote. “The point is ‘Yeah, you’re going through a hard time,’ but it sounds like it’s going to be OK,” Bouvier says. “That’s what I feel about a lot of these songs. What we want people to walk away thinking is yeah, this is a tough time. But if we can get through this, we will be stronger.” 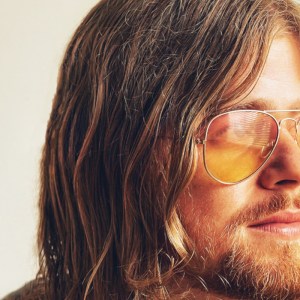