Eloise, a 21-year-old R&B artist hailing from London, released her EP Somewhere In-Between on June 18. The nine-track work is cathartic and emotional, as Eloise reflects on a difficult breakup and the harsh realities of growing up. To discuss her work and the stories behind the songs, Eloise sat down for a Q&A with American Songwriter.

American Songwriter: Tell us about your new EP!

Eloise: It’s just a stream of consciousness. It’s a bunch of songs all dwelling on the same feelings, but I think with a kind of vague resolution, and it was definitely almost written in order of the events. We released it as a waterfall, which meant that every time I put out a single, it linked on to the last singles I put out and [the album] would be [temporarily] titled that, and it naturally played you the other songs. And then when it all came out, it’s now an EP.

AS: How has that process been? How has it been surprising? If people see another single after another single, I’m sure they’re just eager for more.

E: Yeah, that was kind of the most exciting thing! We obviously didn’t announce the EP coming out until the second single, which was so exciting because it meant that the first song people were like, “What is happening? Is this just one track and then we’re gonna wait another year?” But it was very exciting to build this momentum gradually over the last few months and get people in the know! It was so funny because I’m a nobody, but I still took this massive kind of prima donna break from music! And then I was just kind of like, “I’m still here and I’m back and I’ve been working.” And it was just great because I got this massive ego boost because people were still there! And that’s a really amazing thing. I think throughout this whole pandemic, it’s been hard to get validated because you’re not seeing your audiences and how [your music] has a different life beyond you. And so it was great to know that there are some people out there who are still fans and are waiting for new music.

AS: Would you say that this project was facilitated by the time that you had from the pandemic?

E: I think so. I basically was on tour for the best part of three years, supporting for Bruno Major and in his band. What that meant was I had really great performance practice, but I didn’t have a lot of time to recycle the feelings that I felt over the last couple of years. I had gone through a breakup at the very beginning of the touring and I never got to write my bit about that. So the pandemic meant that I had all this time to sit down with the feelings and work them out and make this body of work. It was a really special thing because I wouldn’t have had that time. I don’t even think I would have put music out because the songs wouldn’t have existed.

AS: We’ve been hearing that a lot lately. One of the upsides to all of this craziness in the past year is that people finally had the quiet to process their emotions and kind of come out of it on the other side. Music can do that.

E: I think all-around it was very effective for some people’s mental health, but also quite challenging. But, in the end, I think for the better because it just forced everyone to do the thing that no one wants to really do, which is sit with themselves and process. And, you know, [music] was just my format that I could pour my heart and soul into.

AS: Tell me about the other experiences that you tried to capture in this EP.

E: It was all kind of the same. I was writing all these songs about my ex-boyfriend, we had broken up, and I’d been with him from 13 to 18. So it was like a really big moment because it was the ending of this relationship and the beginning of the next chapter of my life. And I think that that’s a really big thing that people go through and you’re too busy living most of the time to realize you’re entering season two of your life. I think, although it started out as me writing all the songs I never got to write, it ended up being about growing up and being insecure about becoming an adult and like learning that romantic love kind of changes as you get older and evolve into a different thing, and the stakes get higher. You have more to lose every time you give to someone else. So it kind of became about me growing up and shedding that old skin. And with that, the love that I shed.

AS: Who would you consider your musical inspirations for this project?

E: I’ve got so many! I grew up listening to a lot of instrumental jazz and musical theater and a lot of kind of Brazilian music. But it’s all very jazz-based. And if not jazz, a lot of songwriters like Billy Joel. If it wasn’t for the musicality, it was for the story. And sometimes, you find people like Billy Joel, who can just nail both things.

AS: I can definitely see the jazz influence in your work. There’s also this focus in your work on the craft of songwriting and on wordsmithing those lyrics. Do you have anything you want to share in that regard?

E: I find that simultaneously [I write] the lyrics and the melody, and then I fit chords in. I kind of love it. You could know what the song is about by just the melody, without the lyric. When a melody kind of reflects the lyric perfectly.

AS: Do you have any favorite tracks personally from this album that you feel do that?

E: I really, really love “Lines.” But not for like, you know, it being like a hit a one. I love it because it feels quite uncomfortable. And it’s always minor and it’s never settled on the root musically. I love that. The EP ends up in this weird, uncomfortable feeling, which is how I felt when I wrote it.

AS: Speaking of that discomfort, what do you mean by the title of the EP, Somewhere In-Between? Why is that what you wanted to title your EP?

E: It’s actually a lyric in “Lines.” I couldn’t decide what to name it. I really was going back and forth with loads of ridiculous names and I was talking to my manager one day. He was like, “Well, what’s the what’s the record about?” I just kind of kept landing on the same thing. It’s about being in-between stages of life and in-between loves and in-between comfort zones; it’s about discomfort. We’re not settled. You’re just in-between phases. And that was it!

AS: What’s next for you? Are you still cranking out music or planning a tour?

E: I’m writing music, and I’ve written about half of my next album already. In August, I’m going to really start working on the album, I’m not going to leave it that long again. I just feel creative at the moment, and also I want to ride the wave and keep doing better. I think there’s a lot of pressure as you go into it, where it’s like, “Well, what’s your next song going to be like? How are you going to change things?” Maybe I don’t want to change things. Maybe I just want to keep doing what feels right right now, which is always going to be writing songs about my feelings. So far, the songs I’ve written are very similar to the last ones. And I don’t think that’s a bad thing.

You can listen to Somewhere In-Between here now. 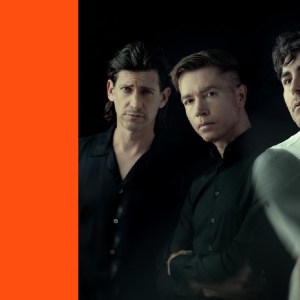 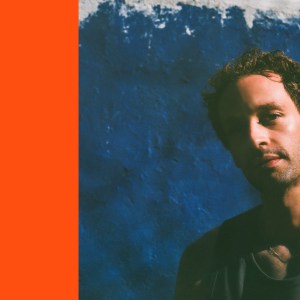