As has been the custom each spring for over 20 years, Nashville was invaded by thousands of songwriters and song lovers last week for the Tin Pan South songwriting festival. Produced by the Nashville Songwriters Association International (NSAI), the event found more than 300 songwriters – some legendary, some still trying, and some hoping for just one more cut – performing in the round in 10 different Music City venues over five nights.

The big buzz at last year’s Tin Pan South was the performances of the cast members and musicians of ABC-TV’s Nashville. Not so much this year, though the show’s Sam Palladio (“Gunnar”) performed at the Rutledge, and Lennon and Maisy Stella, who portray the daughters of Nashville’s first family on the show, performed at the Hard Rock Cafe with their cool parents, the Stellas.

The Commodore Grille, perhaps Nashville’s premier venue for mostly-aspiring writers with music six nights a week, hosted the “Ladies of the Night” in a round sponsored by top Nashville demo studio Beaird Music Group. Hit songwriter Erin Enderlin played a round with her friends Liz Hengber, Kellys Collins and Alex Kline (who produces Enderlin), the three of whom are signed to the recently-relaunched Starstruck Writers Group (think Reba McEntire’s company). “We all write together and we just started calling ourselves the ‘Ladies of the Night’ as sort of a joke,” Enderlin says. She performed her Lee Ann Womack single “Last Call,” as well as some new material, in a set that allowed each writer about six songs each.

The Bluebird Cafe hosted a round featuring writer/artist Corey Crowder, Taylor Swift co-writer Liz Rose, Lisa Carver (Sugarland), and Jewel, who was originally slated to be a special guest but actually ended up filling the chair of Britney’s little sis Jamie Lynn Spears (whom Crowder produces), who had to cancel. At the legendary Station Inn, the ubiquitous Vince Gill, who seems to play or record somewhere seven days a week, performed to a packed house at with country legend Larry Gatlin and writers Bobby Tomberlin (Rodney Atkins) and Leslie Satcher (Martina McBride). And the next night at the Station Inn, Jim Lauderdale and Rodney Crowell took the stage, prompting the question, “When you’ve got hundreds of cuts as both a writer and an artist, how do you decide what to play?”

“Anne and I were writing together and she asked me if I wanted to play this year,” Smith says, “and I said sure. I’ve done it before but not for a while. So we put in the application and didn’t get it back and didn’t get it back…but finally we got in. Having Mare Wakefield and Loretta Lynn’s granddaughter, who is an awesome triple threat for a teenager, in the round with us was great and a lot of fun.”

Songwriter Hall of Famer Dennis Morgan, with hits like “I Knew You Were Waiting for Me” by Aretha Franklin and George Michael, played in the round with Sherrie Austin (Blake Shelton), Steve Bogard (Dierks Bentley), Rob Hatch (Justin Moore) and Justin Wilson (Joe Nichols) at Douglas Corner Café. Morgan performed his song “She Used to Love Me a Lot,” which appears not just once, but twice in two different production iterations on the new posthumous Johnny Cash album Out Among the Stars.

When it comes to current hitmakers, few writers in town are cashing checks like the Peach Pickers, a songwriting alliance made up of Georgia boys Ben Hayslip, Rhett Akins and Dallas Davidson. Together and separately, these three have written hits for nearly every major male Nashville country singer of the past decade. The three banged out some of their hits and more with a full band at 3rd & Lindsley.

Some folks bemoan the fact that pop and rock writers seem underrepresented at Tin Pan South. But even though there are great rock writers in Nashville and even some poppier ones, country and Americana songs still lend themselves to performances with an acoustic guitar or maybe a keyboard, as opposed to full-band inspired material or songs based on beats. So while the writers will have different faces, you can probably expect more of the same at Tin Pan South 2015. 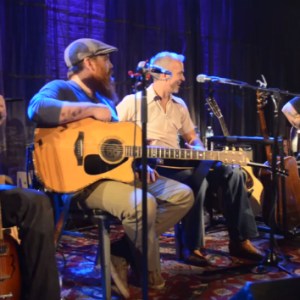 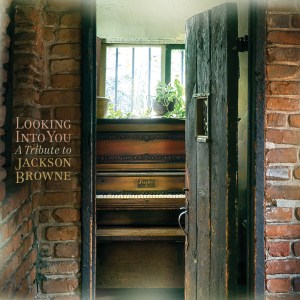