Just days after grabbing the Grammy Award for Album of the Year, Taylor Swift drops “You All Over Me,” a promised premiere from her unreleased arsenal. The enduring artist calls upon rivaling talent to lead her listeners on a journey through the past. Originally penned as part of her 2008 album, the emotive tune is a snapshot—not just of Swift’s teenage cognition but also of who and where her listeners were when her songwriting first struck them.

“You All Over Me” is her debut release from the sextet of songs that were initially withheld under commercial premises from the now 13-year-old album. As she described in her February 11 announcement, these never-before-released tracks are “the ones it killed me to leave behind.” It’s a rebirth of vignettes she penned between ages 16 and 18, a transcendental opportunity to revisit the “magic and curiosity, the bliss and devastation of youth” to finally present her “entire dreamscape.”

“One thing I’ve been loving about these From The Vault songs is that they’ve never been heard, so I can experiment, play, and even include some of my favorite artists,” Swift shared on social media, referencing the six bonus songs she has planned for her re-recorded Fearless album, due April 9. The global superstar announced in 2019 her plans to re-record her first six albums after Scooter Braun acquired her master recordings.

Among the favored list is a longtime friend and fellow crossover queen, Maren Morris. The artists—who both cut their teeth on the ‘Nashville Sound’—first joined forces in 2018 when Swift invited the Texas native on stage to duet Morris’ chart-topping hit, “The Middle” in her hometown arena.

Accompanying the performance footage, Morris tweeted, “Rooted in country, ’90s babies, genre-bending, unapologetic. I look up a whole lot to how you’ve made a career and I hope to someday achieve even a percent of what you’ve so gracefully cultivated @taylorswift13 . You know no boundaries, and that’s what music should be about.”

In May 2020, the lines of comparison between the two artists merged further. Morris’ CMA-winning, Grammy-nominated “The Bones” surpassed Swift’s “We Are Never Ever Getting Back Together” from 2012 as the longest-leading No.1 on Billboard’s Hot Country Songs chart.

I lived, and I learned / And found out what it was to turn around / And see that we were never really meant to be / So I lied, and I cried, and I watched a part of myself die / ‘Cause no amount of freedom gets you clean / I’ve still got you all over me, she laments through the bridge.

“Whether it’s the Disney vault or the TS vault, you know it’s gonna be good. My favorite thing that I don’t get to do very often is to slip into someone’s world and just harmonize,” Morris shared on her socials. She thanked Swift for having me be a small part of your reimagining of the Fearless era,” and The National’s Aaron Dessner for “producing the shit out of it.”

To effectively evoke her younger self, the now 31-year-old artist called upon the original co-writer Scooter Carusoe to revisit the track he penned with her over a decade ago. She strums through a painstakingly familiar acoustic entrance evoking a particular nostalgia that places each listener back in the places where Swift first reached them. The harmonica cues the first verse, harkening back to her breakout era.

Aaron Dessner—who also co-produced her sister albums folklore and evermore—architects a sonic sophistication that develops the teeny-bopper track into a universally resonate offering, swapping out the pedal steel out for electric guitar riffs and percussive production. But residual twang still slips through the intended space Dessner left between his orchestral layers of folk-rock instrumentation, a souvenir of the once-country star’s undeniable roots.

In true Swiftian fashion, she snuck in a bonus announcing shortly after midnight ET. In addition to “You All Over Me (From The Vault),” she also dropped “Love Story (Taylor’s Version) – Elvira Remix” because, according to her post, “in this house, we dance and cry at the SAME TIME.”

Listen to Taylor Swift’s “You All Over Me,” featuring Maren Morris below. Pre-save Fearless (Taylor’s Version) ahead of April 9. 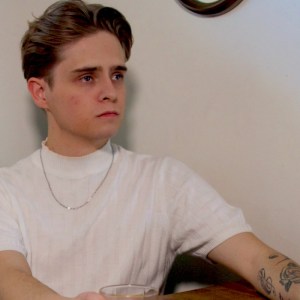 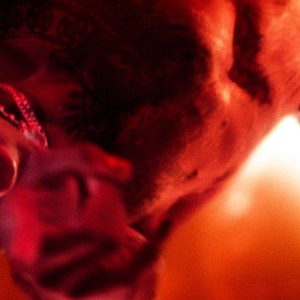