Georgia-bred singer-songwriter Sonia Leigh left home at 17 to pursue her dream of becoming a musician. She soon impressed country-rock sales phenom Zac Brown, who released her national album debut, 1978 December, on his label Southern Ground Records.  We asked Leigh about working with Zac, her advice for aspiring artists, and emulating Henry Miller.

How did you end up on Zac Brown’s label?

I used to play at Zac’s restaurant Zac’s Place on Lake Oconee in Georgia about seven years ago, before his “Chicken Fried” fame. That’s how we met. We became instant fans of each other as friends and as music peers. He invited me to open for him and I continued to do so in the years to follow. Later when he had his first number one hit, he was still mentoring me in my career. He told me he was going to start a record label, and that’s the beginning of Southern Ground Records.

Zac is admirable in so many ways. He is one of a kind. He is definitely touched by something enchanted. Zac has some kind of 7th sense (not 6th because that’s just not special enough) that comes so natural to him. It’s like watching a basketball player hit nothing but net all night without looking at the goal. He just has that “it” that you can’t buy or learn by going to Berklee. He’s also a wonderful friend, business man, husband to his wife and father. He’s a gem, a living legend. I always knew that even way back then though.

You left home at 17 to make it as a musician. Would you recommend that to others?

Leaving home set up a very hard road for myself. I would never “recommend” it to anyone. However, it is what I felt was right. I followed my inner voice. I would always recommend to follow your heart. Trust your gut. In the end I have found it was always telling me the truth.

I wrote my first song when I was about 11 years old. I learned to play guitar because I had songs in my head and I wanted to put music to them. I don’t think they were amazing songs, but for a twelve year old they had a very mature subject matter. I made a grown man cry with one of my first songs titled ” In the middle of a Tear Drop”. It was kind of awkward to know he got that upset from something I had written. I felt bad actually. I realized the power in my writing because of that moment.

My father used to lock himself in his bed room, write for hours, then come out and play his new song for me. Later I began doing the same thing. I used to make him play to me for hours. I learned to play guitar on his guitar. I used to make him play “Don’t Cry Joni” by Conway Twitty over and over. Really. Over and over. He would just laugh and start it from the top. I owe my love for writing and music to my father without a doubt. That is really where it all began. My mother has listened to Bruce Springsteen from the time I was seven years old. She has always been a music lover. She has a song I “have to hear” every time I see her. Bruce Springsteen shaped my writing in a big way at an early age.

It really depends. I think it’s pretty equal. Sometimes I will write some lyrics and save them until I can get to a guitar to put some music to them. Other times I’m just strumming on the guitar and start spitting out lines. Sometimes I dream a song then wake up and write it. There are times that a jingle just pops into my head and I’m just walking around singing it.

Any interesting real life stories behind the songs on the new album?

When I wrote “A Poem from the Ocean Floor” I was reading Henry Miller’s book Black Spring. I had just met and started seeing someone who was in a relationship and was conflicted between my guilt and how awesome this person made me feel. The song wrote itself in about 30 minutes. I sat there afterwards and was trying to decide what to title the song. There was nothing IN the song that really felt like the right title. Later when I was reading my book, Henry Miller described a poet friend of his. He said “he writes poems from the ocean floor”. I thought that was such a unique way of describing a body of work. I decided the song would be my “poem from the ocean floor.” I later played that song for the person of my inspiration in a graveyard. The sky opened up. It was pouring down rain on me and my guitar while, I was singing. Thunder was clapping and lightening was flashing. Then, promise to the lord above, the sky dried up when I’d finished the song. It was eerie and beautiful all at once. one of the most powerful moments of my life.

I am extremely proud of “I Just Might”. I really wanted to capture a Percy Sledge feel to the recording. It digs into the torment of trying to do the right thing but really wanting someone you know is bad for you. The battle of trying to mask a deep longing for someone or get over someone who can make you weak with just one call. I think a lot of people have secretly felt these emotions. I hope the song serves an outlet for somebody, somewhere like it did for me.

“There’s nothing like a broken heart”. Such a simple way of saying so much.

I love the word “fervor.” It’s goofy to say, so it misleads you of the meaning. Doing something with intensity. Unfortunately, it’s not the kind of word I could ever use in a song.

Sometimes I won’t let myself get too hung up on a line to keep the writing flowing and then I will go back to what I was not wild about and toy with it.

When I play “A Poem from the Ocean Floor” live, people always go nuts. My fans dance and sing so loud sometimes I don’t even sing some of the lines and let them have the spot light. That is a greater reward than any award I could ever receive.

Chris Knight. He is right up there with Jackson Browne, Springsteen and Dylan in my book. I recommend any of his records. He is one of my favorite songwriters, I don’t think he gets the recognition he deserves. Also, Sean Costello is one of the greatest blues artist of our generation. He was a dear friend and my mentor. He taught me about the blues. His music is a must-have in your collection.

All I know is how I write and what works for me:

Don’t think about what other people want to hear, what is “radio friendly” or what is a “hit.” Most of the time people will see right through it. Don’t underestimate your listener. They may need to hear about your unique feeling. In the end I think we all really feel the same things anyway. Write what is in your heart. Be real with yourself when you write. It’s your “come to Jesus” moment, with whatever situation you are about to address. I sit down with a blank page and something inside that needs to get out. The one question I always ask myself, and sometimes out loud, is “What do I want to say?” It’s your moment to express yourself. What you feel. That is what writing is to me anyway; It’s my time to really look at something and work out how I feel. 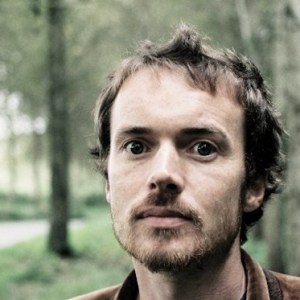 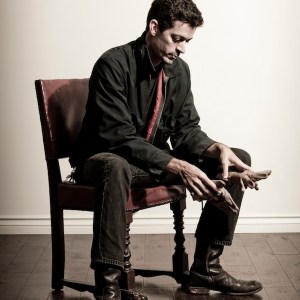