“When I was really young — around 4 years old — I moved to Colorado and I started to have crazy health issues,” ENZI told American Songwriter. “I was losing feeling in my feet and hands and having headaches all the time. I went to get a CT scan and it turned out that I have this condition called Chiari malformation, and it was paired with syringomyelia. Essentially, that meant that my brain wasn’t quite where it was supposed to be in my skull, which causes a lot of problems.”

For 4-year-old ENZI, this diagnosis was the inciting incident for the rest of her life. After the initial discovery, her family rushed to find the best treatment and, ultimately, a surgery and some recovery time in the hospital did the trick. Yet, for as scary and life-altering this brush with death could’ve been at such a young age, it was the recovery time that proved to have the strongest influence on little, bed-ridden ENZI.

“During that time, my family came to visit me in the hospital and they always played music for me,” she said. “Whenever the music was on, pain was non-existent. Nothing felt wrong, I was finally comfortable. It was there that my love for music began.”

Now, nearly two decades later, ENZI has taken that love for music to the next level — since 2018, she’s released a series of glossy, hard-hitting pop singles, raking in hundreds of thousands of streams. Her newest release is a sultry, fun bop by the name of “Mad Chemistry,” which dropped on October 8.

Built around the chorus’ catchy refrain of “I don’t really like your girlfriend/ so maybe I can be your girlfriend,” the single captures the genuine sense of fun that ENZI embodies in her approach to music-making. “Growing up, I loved Avril Lavigne,” ENZI said. “I used to wear my makeup like her with the black eyeliner around my eyes. So, the ‘I don’t like your girlfriend’ line came to me and I thought it was funny — I didn’t want to delve too deep into what she had already explored, but it was really inspirational. So, I wrote bits and pieces of ‘Mad Chemistry’ and then brought it into a co-write session, where we finished it in around two hours. It was fun because I got to explore this funny character who says things that I would never say in real life. Plus, the production made the whole song come together for me. I couldn’t stop smiling. I personally don’t like listening to my songs that much, but this one is always stuck in my head.”

To her credit, the song is unbelievably catchy. Between its swaggering groove, pulsing synth lines, rocking guitar riffs and honey-smooth, R&B-chic vocals, the song effortlessly hits the “sweet spot” that so many other pop tunes desperately seek. As impressive of a feat this is on it’s own, ENZI’s accomplishments become even more impactful when you consider how young she still is — this past August, she began her junior year of studies at Belmont University.

“In high school, I knew nothing about the music industry,” she said. “Coming to Belmont, I learned so much — they taught me the value of things that you wouldn’t automatically think about, like how to secure your own copyrights. It’s like, how are you supposed to sell your song if you don’t own it? That was super important to learn and it invigorated my passion for music. I’m such a nerdy person, business and systems make sense to me.”

But even beyond that, studying at Belmont allowed for ENZI to get hooked-in to the school’s vibrant and capable talent pool. “I never co-wrote a song until I got to Belmont,” she said. “Before, my songwriting was very personal and I was self-conscious. But, co-writing really changed my perspective on that — it allows me to be silly, have fun and follow my gut. I like giving myself challenges. For example, the other day my co-writer and I decided to write an entire song with our only inspiration being the word ‘bummer.’ That was so fun!”

And — as you can see — ENZI is showing no signs of stopping. Constantly writing, recording and getting ready for the “next thing,” whatever it may be, her head is forward-facing while her feet are planted in her upbringing. Bringing her little brother along as her in-house drummer, ENZI is continuing to work on music while keeping her childhood love for it burning vibrant in her heart. With a series of new songs in the works and murmurings of a “college mixtape” on the horizon, ENZI’s future is nothing but bright.

Watch the visualizer for “Mad Chemistry” by ENZI below: 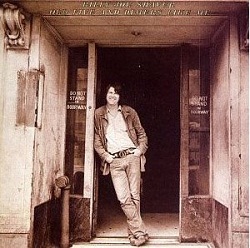 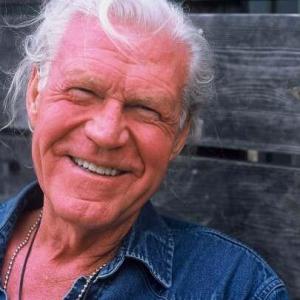