Los Angeles-based singer-songwriter, Sunny War, left home at 16. For the next handful of years, Sunny hitchhiked, jumped trains and busked to support herself. Before she’d left, Sunny says that she remembers thinking she was too old to be told what to do by her mother. She didn’t want to take part in any formal schooling either, so she felt she could do it on her own. Sunny was also drinking heavily, which caused problems at home, and it was a habit she kept up to her detriment until she was about 20. While traveling the country, Sunny slept outside. She made friendships with a community of young people who rode the rails and busked to earn money for food. But the experience wasn’t all good, she says. It was certainly a series of adventures that taught her both about life and about how to play and sing for people. Sunny, who got her first six-string at seven years old, took to the instrument quickly. Since then, it’s been her life raft through it all. Now, Sunny is set to release her rollicking new LP, Simple Syrup, on March 26.

“When I think about it now,” Sunny says, “I was just crazy —I don’t know. I don’t know if I took care of myself but I was able to support myself financially by busking. There’s a huge community of other teenagers and people in their twenties that were hitchhiking and hopping trains. I made a lot of friends.”

When she got her first guitar, Sunny says, there were often musicians around her house who helped her progress. Her mother was friends with a number of them and so, while she often played in her own room, she got pointers regularly from her extended family of friends. Musically, Sunny grew up quickly. Her mother moved around a lot when Sunny was young. Born in Nashville, Sunny later lived in Denver, taking guitar lessons in the Music City at the Centennial Park recreation center. She also played in talent shows in Michigan at The Boys and Girls Club. As a freshman in high school, before hitting the road, Sunny played in a folk-punk duo. The band played high school shows and all-ages clubs. She also fell in love with vinyl records, listening to a friend’s diverse collection sometimes hours on end. Sunny quickly fell into the blues and, as a guitar player, she always fingerpicked.

“I was picking from the beginning,” she says. “Just because I thought it sounded better. I could only play basic chords, and to me, strumming a D-chord instead of just picking it out doesn’t sound as interesting.”

As one might expect from a traveler like Sunny, the artist is always evolving and remaining open to it. There are some songs she wrote on earlier albums that use totally different picking techniques than she’s used to when playing today. Additionally, Sunny continues to refine her writing process. On one hand, she’s working to talk about more aspects of life outside of love and addiction. Much of her past work focused on these two pillars. Today, though, her latest single, “Lucid Lucy,” took another direction. The song highlights the idea of lucid dreaming, an activity Sunny very much personally enjoys. Sunny is also working to keep her own style at the forefront. It’s easy to want to write for an audience. But the more authentic the song, often the more it will resonate with the masses.

“I’m learning more that you have to make the song for yourself,” Sunny says. “Maybe something is a good idea [in theory], but it’s just not working with your voice. That’s recently something I’ve started thinking about.”

Sunny, who has played a coveted NPR Tiny Desk Concert, says she started working on her forthcoming release in 2019, pre-pandemic. But over the course of the twisting and turning 2020, she held onto most of the songs and slated it for now a spring release in 2021. After unveiling the new work to the world, Sunny says she thinks her next record will be more “morbid.” Hard to blame her after such a tumultuous twelve months. But while Sunny’s lyrics, subject matter and smooth style exhibit talent, where she stands out perhaps most acutely is with her nimble guitar playing. Her nuanced style seems almost ceremonial, harkening to a time when burning sage and mysticism reigned supreme. But never one to stand too long in one place, Sunny says that, as she looks to the future, she may incorporate the banjo or, perhaps, a cigar box guitar into future compositions.

“I feel like I’m a bit bored with my guitar style right now,” she says. “I’m exploring.”

In between recording or writing sessions, Sunny also works with the organization, Food Not Bombs, in Los Angeles, which provides free meals to anyone who wants one. It’s a way to give back, but because the organization also focuses on literature and conversation. So, it’s a means to connect. For someone who’s spent years on the road, Sunny knows what it’s like to get a helping hand and a bite to eat amidst the unending unknown. This mood and these stories can also be found in her work. It’s one of the many reasons to investigate Sunny and her addictive tunes.

“What I love most about music is how it’s able to change your mood,” Sunny says. “I’ve always used it as a drug – I guess it was my first drug, just listening to music. I always needed a way to zone out, especially as a kid. My mom and stepdad used to fight a lot and everything was just chaotic. I didn’t really have friends. So, the people I listened to were my friends. For me, I guess music is just the ultimate drug – and it’s not bad for you.” 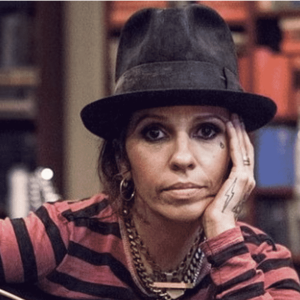