When Pinkerton came out in 1996, it was widely thought of as a victim of the sophomore curse.  Following their widely-embraced [Blue Album] debut, Pinkerton wasn’t celebrated right away and for many fans and critics alike, it wasn’t until later in retrospect that its brilliance was fully realized and appreciated… and now, it’s hailed as their best.

Wichita, Kansas’ Kill Vargas is at a similar crux. Their new EP “Thank Goodness” takes a step sideways from the sound that put them on the map. Not really abandoning their punkish roots of “I’m Fine” and last year’s killer “What We Don’t Know” but instead putting in their backpocket for safe keeping, Kill Vargas is exploring a different side to their sound… the more textural and melodic side.

“In the past, I always wrote about wanting things to be different,” explains guitarist/vocalist Griffin Bush.  “So [with ‘Thank Goodness’], I wanted to write something of the opposite.”

It’s that sort of confidence in his own songwriting that really shines in the music of the new EP. No longer do they hide their vulnerability with slash and burn histrionics. It’s most apparent in the bold and self-assured lead single “Better Off”, a song that could have been taken from The Replacements’ Don’t Tell a Soul.

“And I know exactly who I am / and I know I’ll be a better man,” he sings, shrugging off a relationship break-up to return to his own independent identity. “’Better Off’ speaks a lot lyrically on self-acceptance and being confident in who you are and in your beliefs,” he explains.

“We didn’t plan to write something that was ‘more mature’ or anything like that but we paid more attention to the dynamics on that one,” interjects drummer (and Griffin’s brother) Logan Bush. “[Griffin] really spent the time orchestrating the different parts. You can hear how well he and Austin [Enger, bassist] play off each other. That kind of thing can get lost when you’re playing on 10 all the time.”

The pulsating and anthemic “American Nightmare” channels such great heartland alt bands like The Swellers and June with a fantastically fuzzy guitar hook and a chiming closing chorus (“I’m not as cool as I try to be / I’m not the person I’d like to be”) that screams for an audience singalong, which they should save for their final encore when concerts come back again.  “It’s about living in the moment and accepting where you are in life but making the most of it,” he says of the song, appropriately planned to be the second single.

Taken out of the context of their musical oeuvre, “Thank Goodness” might be seen as a really promising EP that could signal the arrival of a great new American band. But placed in context of the band’s ten year history, it’s a step in a new direction, gesturing not really a left turn but the application of slight pressure on the brakes around a punk-fueled breakneck turn.

While they may scoff at the ‘mature’ tag, it’s this nuanced evolution that will propel them from being just another punk band to a formidable and multi-layered alt-rock band to watch, much like Pinkerton did for Weezer. This growth in mindset could have been triggered by the strange, exceptional and difficult year that was 2020. “I just want people to have fun with the songs, and I hope the EP puts the listener in a better mood,” confesses Griffin, diminishing the “growth” aspect just a little bit.  “It’s been an unusual and stressful year for everyone, so if our new EP can make you feel better for 25 minutes, then that’s all we can hope for. There was an effort to make the songs a little more upbeat and brighter than our previous work, so I hope it rubs off on the listener.”

It doesn’t really matter if they’ll cop to that “mature” tag in time. Their EP packs a formidable wallop that still has all the power of their youth while exercising a grown-up sensibility for restraint and self-acceptance. Their effort to put their best foot forward has paid off in spades and its effect is infectious.  “We worked to have a polished radio-ready sound but still keep the energy of our live shows on the records,” Griffin reassures. “There was good energy, and I feel like you can hear that in the songs.” 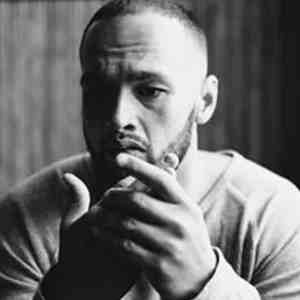 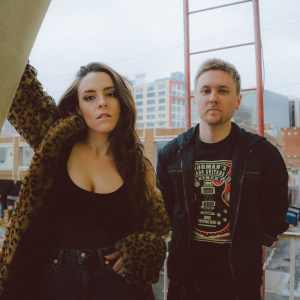