This is our second story in our series on the characteristics of musical keys. We started with the “people’s key,” C major. From there it’s an easy skip to D, the root of today’s subject, the “saddest key,” D minor.

That the key of D minor is the key of true sorrow is ostensibly inarguable at this point in time. Unless, of course, someone cares to argue. Yet it seems fairly unlikely that anyone can find another key more closely associated with the tearful, melancholic, mournrful, doleful, woeful, desperately down, disconsolate. weepy, lachrymose, miserable and brutal sad truth of existence.

Bjut you needn’t take my word for. Many esteemed authorities on music and its systems are unified in their accord on this issue. It is fundamental: If you want to give your music the authentic flavor of human misery, only one key will suffice. The key of D minor.

When we turn to the scholars over the centuries and ending in this one, among many musicologists, composers, songwriters, there is an ever-expanding consensus that D minor leads all others in its evocation of melancholy.

Even some famous fictional rock stars, such as Spinal Tap’s Nigel Tufnel, have spoken about the essential sorrow baked into the core of D minor. Here in this famous exchange with his manager, Marty DiBergi, is one of the greatest ever cinematic homages to a musical key:

Marty DiBergi: [Upon hearing Nigel playing a new song on piano.] It’s a bit of a departure from what you normally play.

Nigel Tufnel:
It’s part of a trilogy, a musical trilogy I’m working on in D minor, Which is the saddest of all keys, I find. eople weep instantly when they hear it, and I don’t know why.

Nigel Tufnel:
You know, just simple lines intertwining, you know, very much like – I’m really influenced by Mozart and Bach, and it’s sort of in between those, really.

It’s like a Mach piece, really. It’s sort of…

Marty DiBergi:
What do you call this?

The exploration of the unique characterisics of musical keys has gone on for centuries. In the late 18th and early 19th century, it was the subject of much popular analysis and debate. In Germany, Christian Schubart wrote many books on music. In his Ideen zu einer Aesthetik der Tonkunst of 1806, he shares his descriptions of each major and minor key.

D minor, wrote Schubart, is a key of “melancholy womanliness, the spleen and humours brood.” He actually found D#minor to be sadder. It is the key, he wrote “of brooding despair, of blackest depresssion, of the most gloomy condition of the soul.”

There are also many famous songs in D minor. Some which are truly blue, while others have a poignant tone, but are not sorrowful.

These songs include “Nature Boy,” by Eden Ahbez, first recorded and popularized by Nat King Cole. Both Ahbez’s own record of it and Cole’s are in D minor.  It’s not sad, as much as it is mystic.

Other standards, but of the next generation, are in D minor, including The Beatles “Come Together,” by John Lennon, “Black Magic Woman” by Santana, “Layla” by Eric Clapton and “Another Brick In The Wall” by Pink Floyd.

Tom Wait’s classic “Eggs and Sausage” is quintessentially a D minor song, all laced with the intrinsic sorrow of urbanity. Among the nighthawks at the Emma’s 49er diner, drinking coffee “too weak to defend itself,” is that deep gloom of isolation in the dark American night.

Green Day’s beautiful “21 Guns” plays on that line between D minor and F major, but does burn with that yearning tone of D minor.

But the fullest crystallization of the saddest key’s ongoing legacy of sorrow are two of the most famous and beloved classical compositions known to man. There’s Mozart’s famous Requiem, which he began in the last year of life, 1791, but never finished, due to illness. Though he fought against the sickness with all his power so as to realize the Requiem, he lost the battle and died before it was complete. This valiant attempt on behalf of his music augments its tone of deepest, darkest despair. Although ending forever unresolved by the composer, it remains one of the most beautiful and timeless vessels of the essential D minor sorrow.

Beethoven’s final symphony also is in D minor. His 9th Symphony, though containing moments of great triumph and joy , does sing forever with the tragic dimensions of D minor. He composed it between 1822 and 1824, a time of great decline in his health: He was completely deaf while writing this music. Although he left the fullness of his musical soul for the world in his last symphony, he never could hear it himself. If that isn’t D minor, well, nothing is. 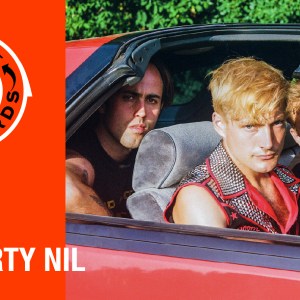