When the pandemic grounded North Carolina’s pioneering bluegrass road band, The Infamous Stringdusters found the best way to stay connected musically—spread out across the country—would be to record music remotely.

From each of their respective studios, Andy Falco [guitar], Chris Pandolfi [banjo], Andy Hall [dobro], Jeremy Garrett [fiddle], and Travis Book [double bass] returned to their roots as a catalyst of the continued evolution of bluegrass tradition, paying homage to the avant-gardist, Bill Monroe.

The Grammy-winning group announced their reflective tribute project, A Tribute to Bill Monroe, due May 28. To herald the release, the Infamous Stringdusters shared their first rendition, “My Sweet Blue Eyed Darling,” on April 2.

The tribute project was a silver lining of an arduous year. From their far-reaching corners of the country, the quintet reconnected through the transcendental kinship of Monroe’s shape-shifting contribution to the folk tradition. As the band—often described as wielding a “fast grass” style sifted through the defining decades, they realized several ways it inherently bound them to Monroe.

Buddy Merriam, a close friend of Monroe’s, led the first bluegrass band Falco joined. Falco was just emerging in the bluegrass world, and Monroe’s influence was strong in that band. He says, “I feel so lucky to have learned from Buddy’s perspective, only one degree from the Father himself. Bluegrass has gone in many different directions, but there is only one ‘Father of Bluegrass,’ and there is a little bit of him in all of it.”

Hall’s first introduction to the revered music tradition was a Bill Monroe CD box set his uncle gave him for an 18th birthday present. The artist recalls, “The sound coming out of my speakers blew my mind. It sounded like ancient acoustic heavy metal. But then a song like ‘A Voice From On High’ would come on, and even though it was slow, it had this captivating power. The ancient tones.”

Like Hall, Book sees his work as inventive of an enduring music style that lives on nearly 75 years later. Book says, “Bill Monroe’s contribution seems so fundamental now decades later, but much like he was doing back in the ’40s—it was weird at the time, applying that high lonesome sound—Tom York was doing with Radiohead in the ’90s.”

Book is particularly interested in the evolution of traditionally styled folk music. He believes Monroe is underappreciated as the advent point of modern music. He says, “The Grateful Dead, Elvis Presley, they don’t exist without Bill Monroe.” But, digging up the archives changed the intruding desires to evolve constantly. Book says, “I’ve written some of the simplest songs I’ve ever written, but most powerful, and that’s really uplifting.”

As a leader of the innovative tour group, Book found solace in the simplistic storytelling that remains at the core of bluegrass tradition. Yet, the Infamous Stringdusters ripped a chapter from Monroe’s book, leaving his famed mandolin out of their renditions. By excluding Monroe’s trademark instrument out of his tribute, Garrett says the band “followed their own path to be innovators in the music they create together along with exploiting the musical foundation they all share.”

Book adds, “When we’re all done in 40 years, hang up our instruments, I think we’ll be really glad we did that.”

Listen to “My Sweet Blue Eyed Darling” below. Pre-save The Infamous Stringdusters’s A Tribute to Bill Monroe, due out May 28, 2021, on Americana Vibes. 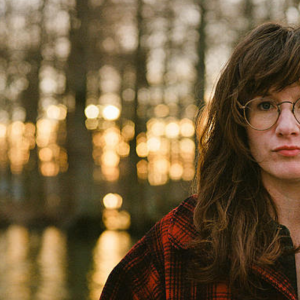 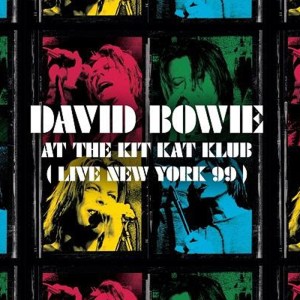