With the 2022 release of their collection, The Moldy Peaches – Origin Story: 1994-1999, their spotlight in the new documentary, Meet Me in the Bathroom, and now, gigs on their 2023 calendar, have The Moldy Peaches officially made their comeback?

“We’re excited to be back, older and moldier,” the cult favorite indie band said in a statement with the news of their upcoming shows. “Let’s see if we still got it! Once a Moldy Peach, always a Moldy Peach.”

In 2023, the group will perform their first European shows in 20 years, beginning with a show at London’s Roundhouse on May 29 and appearances at Spain’s Primavera Sound festival on June 2 and June 9 in Barcelona and Madrid, respectively. Only three shows for next year are on the books, so far.

The group’s last tour took place in late 2003. In 2004, founding members Adam Green and Kimya Dawson went their separate ways in pursuit of solo careers. A smattering of one-off shows and special appearances throughout the years eventually culminated in the 2018 re-issue of their self-titled debut and the release of this year’s collection of their early recordings.

“We would write songs that were, in a way, a commentary about living in a tiny town,” Green previously told American Songwriter of their origins. “We bounced off each other really naturally,” Dawson added. “Like a mind-meld.”

“The record that we’re putting out is the earliest songs that me and Kimya did,” Green explained of their latest release. “These songs are the ones me and Kimya wrote the first year that we started playing together. I was 13 or 14 and you can hear how I’m trying to write a wannabe Nirvana song or a wannabe Beck song, which is kind of cute.”

Their unique style was also recently highlighted alongside their musical peers, like The Strokes, Interpol, Yeah Yeah Yeahs, and LCD Soundsystem, in the documentary, Meet Me in the Bathroom. As we look to the future of The Moldy Peaches, watch the documentary’s trailer, below, to get a glimpse of the band in their prime. 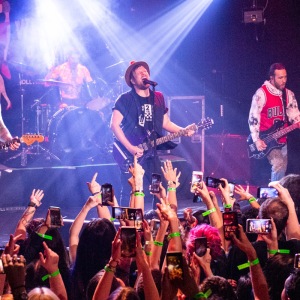 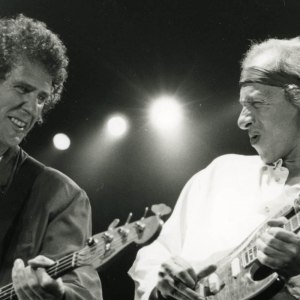