The music world was shocked on Friday night (March 25) with the news of the passing of Foo Fighters and NHC drummer, Taylor Hawkins. He was 50.

The Foo Fighters shared the news on social media.

“The Foo Fighters family is devastated by the tragic and untimely loss of our beloved Taylor Hawkins, the statement read. “His musical spirit and infectious laughter will live on with all of us forever. Our hearts go out to his wife, children and family, and we ask that their privacy be treated with the utmost respect in this unimaginably difficult time.”

Many in the community remembered Hawkins, who was one of rock’s best drummers and a burgeoning star frontman for supergroup NHC with Dave Navarro and Chris Chaney.

Slash: “Devastated by the loss of our friend #TaylorHawkins I’ve no words to express all the feelings I have about his passing. But my heart goes out to his family. & his band & friends. RIP Taylor”

FINNEAS: “So heartbroken to hear about Taylor Hawkins’ passing, what an incredible talent, who didn’t also need to be so kind and generous and cool but was all those things too anyway. The world was so lucky to have his gifts for the time that it did, Rest In Peace”

Travis Barker: “I don’t have the words. Sad to write this or to never see you again. I’ll never forget Laguna Beach days when I was a trash man playing in a punk rock band and you were playing with Alanis. You’d come watch me play in dive bars and be like, “kid you’re a star”. And I thought you were crazy but you gave me so much hope and determination. Years later we toured together with Blink and Foo’s in Australia and I have the best memories of smoking cigarettes in the restroom of flights we were on together and watching your set every night. To say I’ll miss you my friend isn’t enough. Till the next time we talk drums and smoke in the boys room … Rest In Peace 😢🥁💔”

Sheila E.: “I am devastated to hear the news of one of my favorite drummers Taylor Hawkins has passed. Blessings to the family and to the band. I’m so sorry for your loss. Taylor you will be missed!”

Ozzy Osbourne: “. @TaylorHawkins was truly a great person and an amazing musician. My heart, my love and my condolences go out to his wife, his children, his family, his band and his fans. See you on the other side – Ozzy”

Tom Morello: “God bless you Taylor Hawkins. I loved your spirit and your unstoppable rock power. Rest In Peace my friend.”

The Smashing Pumpkins: “Taylor Hawkins 1972-2022. Our deepest sympathies to Taylor’s family, his fans, and of course his band.”

Steve Albini: “Taylor Hawkins was a terrific drummer with a gorgeous disposition, seemed always to be having the time of his life. I didn’t know him well but I know music is lessened by his passing, made duller and smaller. Requiescat.”

Wolfgang Van Halen: “I’ll never forget meeting Taylor on tour in San Diego in 2012. He was such a ridiculously kind man. The dude just emanated cool. Him, my pops and I talked for as long as we could until we had to leave. An incredible drummer and singer, he was a constant inspiration to me throughout my entire life. This is like a kick in the gut.

My most heartfelt condolences go out to his family.

Leann Rimes: “GUTTED to hear of our friend and neighbor, Taylor Hawkins departure. In disbelief, like everyone else. He was one of my favorite people, always full of love… he will be deeply missed. Our hearts go out to his family, to the Foo’s… #RIPTaylorHawkins #FooFighters“

Paul Stanley: “Speechless and Gutted. Taylor was a great guy, a dad and a husband. My heart goes out to them, Dave and the band. What awful news.”

Gene Simmons: “Shocked and saddened to hear @taylorhawkins has passed away today.! Our prayers and condolences go out to the Hawkins family, ⁦@foofighters⁩ friends and fans. Sad.” 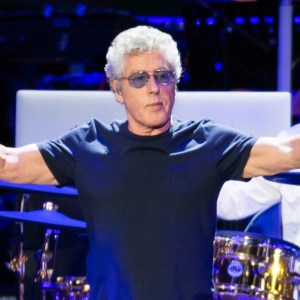