Nearly a year following the release of the band’s eighth studio album, Made of Rain, (Cooking Vinyl) during the summer of 2020—and first record in 30 years—The Psychedelic Furs have revealed fall 2021 tour dates for their Made of Rain Tour.

The Made of Rain tour will pull from the band’s 40-plus year catalog, stretching back to their self-titled debut in 1980 and kick off in Indianapolis on Sept. 15 with dates through November, crossing the United States and several shows in the UK. Stops include some historic venues like the Vic Theatre in Chicago, Tipitina’s in New Orleans, and the Apollo Theatre in New York. The band is also scheduled to appear at several international music festivals, including Benicàssim Festival in Spain, and the London All Points East and the O2 Wireless Festival in Hyde Park.

Produced by frontman Richard Butler’s former Love Split Love bandmate Richard Fortus (Guns N’ Roses), with The Psychedelic Furs, and mixed by Tim Palmer (David Bowie, U2, Robert Plant), Made of Rain was mostly penned by Tim Butler, producing singles “Come All Ye Faithful,” “No One,” “Don’t Believe,” “You’ll Be Mine,” and “Wrong Train,” which is accompanied by a striking video, directed by filmmaker Hans Neleman. Made of Rain is the band’s first release in three decades since World Outside in 1991.

Recorded in 2019, Butler, along with Tim, longtime saxophonist Mars Williams, guitarist Rich Good, drummer Paul Garisto, and keyboardist Amanda Kramer pieced together Made of Rain at Fortus’ Sawdust Studio in St. Louis. It’s title was inspired by Brendan Kennelly’s The Man Made of Rain, a book of poetry written following the author’s heart surgery scare and the visionary experiences that followed, including the story of being visited by “a man made of rain.”

Exploring life and death and other recollections of love and loss, Made of Rain is an ominous and bare conjuring of confessionals, lucid revelations, and reflections of another time.

“I’ve always had a problem with happy songs,” said Richard Butler in a recent interview with American Songwriter. “My mind doesn’t automatically go there when I hear music. It doesn’t go to a necessarily happy place, and if it did, I’d be a bit concerned. No matter what, I always write fairly melancholic for the most part. I think happy songs should be made for Tiffany or Katy Perry.”

Check out the Made of Rain Tour Dates Here. 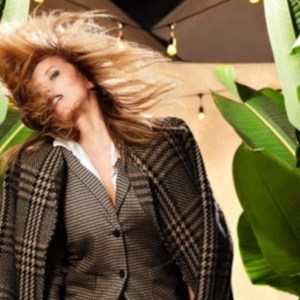 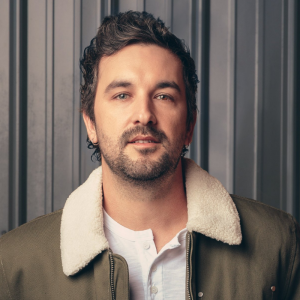