Later this week, Toronto neo-soul / synth-pop experimentalist TiKA will finally release her dazzling debut album Anywhere But Here via Next Door Records. First, though, the multi-talented singer-songwriter, composer, and performer shares the album’s fifth and final single, “Walking Disaster.” Premiering below, it’s a haunting, healing acoustic R&B number that finds TiKA at her most vulnerable.

“‘Walking Disaster’ is a song that I wrote about a really abusive relationship I was in when I was 19,” TiKA tells American Songwriter over email. “It was pretty bad. This person just didn’t like me very much and he also didn’t like himself, so we were in this really toxic exchange. I had really poor self-esteem and no clear guidance or direction in terms of how to actually be in a relationship. He only liked my music and he liked when I would be praised by other people but he didn’t actually like me. It took me a while to detach myself because there would be times when he would love-bomb me and it would confuse me.”

“So, I wrote ‘Walking Disaster’ after I escaped from that relationship,” TiKA continues. “I wrote it a few years after. I was living in an apartment and it just so happened to have a guitar and I taught myself how to play and wrote this record. When it was finished, I kind of just left the song alone and was very afraid of it. Similarly to my fear of him.”

In the track, TiKA trades verses with fellow Toronto R&B talent Desiire. This isn’t the first time they’ve worked together—Desiire and TiKA also collaborated on a song called “Mine” released last year, and on a song called “Goodbyes” (with Anywhere But Here producer Casey MQ) released back in 2018. Their continued partnership isn’t totally surprising: Desiire once named TiKA his favorite local artist.

“I eventually asked Desiire to be on the record because at the time I didn’t even have the emotional capacity or the strength to sing it by myself,” says TiKA, recalling the state she was in when she wrote “Walking Disaster.” “I was terrified of the song and what it represented. I realized I needed some kind of support. So, it turned into a call-and-response. That’s what made me feel safer about singing it.”

“Walking Disaster” starts out quiet and weary and wounded, but eventually grows into something intense and soulful and swirling. The track culminates in a heart-rending duet in which TiKA and Desiire belt Why do you take me for a ride? / Why do you play me for a fool? over and over again.

“It’s a really powerful track,” says TiKA, “and a cathartic one for me because I feel like I’m releasing something that may hopefully heal someone else.”

“Walking Disaster” follows TiKA’s previous singles “Sideways,” “Soothing Love,” “I Would Die 4 U,” and “Human Heart.” All five tracks will appear on Anywhere But Here, which comes after TiKA’s breakout EPs—2015’s Some Things Are Better Left Unsaid and 2016’s Carry On. Check out the album’s final single below.

Anywhere But Here is out February 26 via Next Door Records. You can pre-order it here. 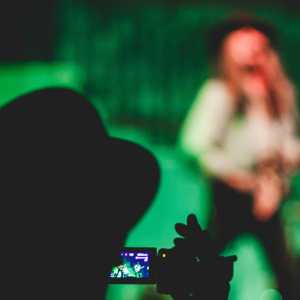 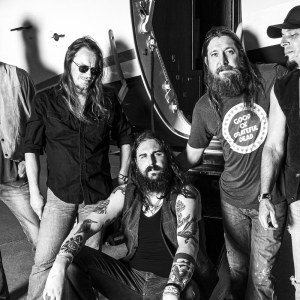