Yes, the song matters the most… But the sound matters, too. It’s a cliché that “you get only one chance to make a first impression” – but you really do want to present your music in the best way possible, right out of the gate.

If you compose and record songs at home, audio plugins are key to giving your music a more polished sound. Fortunately, affordable plugins now provide sound quality that used to require thousands of dollars of expensive studio gear to achieve. Plugins don’t necessarily make up for a lack of recording and mixing savvy, but they can complement your existing abilities and dramatically improve the sound of your songs.

But with so many plugins to choose from, how do you know which ones will be useful, cost-effective, and have the friendliest learning curve?

Waves Audio offered the first commercially available plugins 28 years ago, and have since won the Technical Grammy® Award. Today, they have the largest catalog of audio plugins out there. They seem to know what they’re doing!

Although I use a wide variety of Waves plugins, I find myself going back to these ten time and time again:

Dynamic range compression is the key to giving vocals a full, consistent sound, and Renaissance Vox has become an industry standard. Engineers choose it because of its clean, natural processing, but it’s also easy to use. The interface is simple, but there’s a lot going on “under the hood” to optimize the compression specifically for vocals and make any vocal sound punchy and full.

“CLA” stands for Chris Lord-Alge, the acclaimed mix engineer for Keith Urban, Bruce Springsteen, U2 and many more. This plugin combines his favorite vocal effects, so the hard work has been done for you—just move a few sliders to dial in equalization, compression, reverb, delay, and stereo imaging, all of which are designed to flatter vocals. For modern lead or background vocal sounds, this is a go-to plugin.

Similarly, CLA guitars is a one-stop plugin for electric and acoustic guitars (miked or pickup), and it also sounds great with ukulele and Nashville-tuned guitars. One of its strong points is delivering a rich stereo image from a guitar’s mono output.

Some popular microphones emphasize the high frequencies, which can accentuate “ess” (sibilant) sounds to where they take over a vocal. A good de-esser can save a track, and Sibilance is an easy-to-use and extremely high-quality one.

Speaking of saving a track—pitch correction has a bad reputation, because when overused, it sounds horrific. Yet when used subtly, it can help a performance that’s already good. I find the real value of pitch correction isn’t compensating for people who can’t sing: it’s fixing that one note in a magic take from a great vocalist. Re-doing or punching the vocal just to be able to say you don’t use pitch correction makes little sense when you can fix one or two notes quickly, keep the vocal’s magic, and move on. Waves Tune Real-Time works, well, in real time, which means you can do that on the fly, while recording.

When this classic hardware first appeared, it was in such demand that studios rented it by the hour. Engineers often inserted it in the master bus to process an entire song (not just individual instruments), because of how it added “sparkle” and clarity to a mix. This software emulation nails the original hardware’s sound, and especially does wonders with acoustic instruments (guitars, mandolins, etc.).

There are a zillion equalizers, and you may already have some in your recording software. V-EQ4 is different, however—it models a classic tube equalizer, and adds that subtle vintage “tube sound.” As an equalizer, it excels at modeling the warm-sounding EQs from the 60s and 70s. It also uses “stepped” controls, optimized for specific frequencies, that make for fast and easy adjustment.

There are two main electronic reverb technologies. Convolution reverbs reproduce a specific space’s acoustic characteristics and require a lot of CPU power, while algorithmic reverbs, like the Renaissance Reverb, offer more versatility and don’t stress out your computer. Renaissance Reverb is easy to adjust, but dialing up one of the many included presets is often all you need. (As to convolution reverbs, Waves’ Abbey Road Chambers plugin is exceptional—it really does give that famous Abbey Road Studios John Lennon reverb sound.)

People miss tape, not because of the cost or maintenance, rather because of the sound. Tape adds saturation, low-end boost, and gentle compression that are pleasing to the ear. Waves’ J37 is modeled from the original Studer J37 tape machine that the Beatles used at Abbey Road. It can go from a subtle tape effect to heavy tape crunch. If digital is too clean for you, this is the antidote.

Paul Reed Smith crafts highly coveted guitars, and his amps meet the same high standards. Waves’ PRS Supermodels models three exceptional PRS amps that cover the range from clean to hardcore, country to blues to hard rock and metal. If you need to record electric guitar straight into your computer, without cranking up a physical amp—you won’t find a better sound anywhere than these highly realistic amp simulations.

And there you have my Top 10 Waves plugins for songwriting. Now, go make some great music… so we can all listen to it!

Exclusive offer- Sign up for an American Songwriter Membership and get a download of the Waves Renaissance Vox Plugin (a $79 value).

Author/musician Craig Anderton is an internationally recognized authority on musical technology. He has authored over 40 books, mastered hundreds of tracks, played on or produced over 20 albums, played Carnegie Hall, written over 1,000 articles for magazines like Guitar Player, Keyboard, Sound on Sound, Electronic Musician, Pro Sound News, Mix, and several international publications, as well as lectured on technology and the arts in 38 US states, 10 countries, and in 3 languages. He co-founded Electronic Musician magazine and has also consulted to leading companies like Microsoft, PreSonus, Steinberg, Roland, Acoustica, E-Mu, Peavey, Alesis, Akai Professional, Native Instruments, Cakewalk, Ableton, Avid, and more. He hosts his free, educational craiganderton.org site, with article archives, reviews, news on personal appearances, and more. 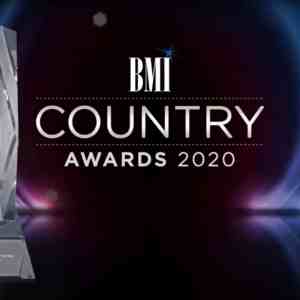 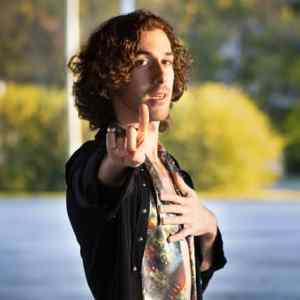