In a span of six years from 1969 through 1975, the Jackson 5 released 10 albums with Motown Records before switching their name to the more mature The Jacksons, and changing labels, by the mid-’70s.

Formed in Gary Indiana in 1964, and originally comprised of brothers Marlon, Jackie, Tito, Jermaine, and Michael, the Jackson 5 released a number of singles with their hometown label Steeltown Records before signing with Motown and releasing their debut Diana Ross Presents The Jackson 5 in 1969.

Over the course of nine more albums, the group recorded a collection of hits predominantly written by The Corporation, a group of songwriters and record producers assembled by Motown founder Berry Gordy to write songs specifically for the Jackson 5.

Under Motown, Michael, Jackie, and Jermaine also started to release several solo albums of their own, and the Jackson 5 became the first act to debut with four consecutive No. 1 hits on the Billboard Hot 100 with “I Want You Back,” “ABC,” “The Love You Save,” and “I’ll Be There.”

The mid-’70s were a turning point for the five siblings. The Jacksons, who were noticeably older and had moved on from Motown to Epic Records in 1976, continued to release music throughout the 1970s.

[RELATED: The Meaning Behind Michael Jackson’s 1983 Classic “Beat It”]

The Jacksons released albums throughout the ’80s with their 15th album, the final one featuring all five members, Victory, in 1984. Their 16th album, 2300 Jackson Street, and the first without Marlon and Michael, was released in 1989.

Throughout their 20-year run, the Jackson 5 (The Jacksons) sold more than 100 million albums since forming in 1965 and released an iconic catalog of classics with hits “I Want You Back,” “I’ll Be There” and “ABC” inducted into the Grammy Hall of Fame.

In 1997, Diana Ross also presented The Jackson 5 with their induction into the Rock & Roll Hall of Fame.

Nearly 60 years since they first formed, here’s a chronological look behind 10 of the most memorable songs recorded by the brothers when they were still the Jackson 5.

1. “I Want You Back” (1969)
Written by The Corporation: Berry Gordy, Freddie Perren, Alphonzo Mizell, and Deke Richards

The debut single from The Jackson 5 after being taken under the wing of Berry Gordy and Motown, “I Want You Back,” off their debut album, Diana Ross Presents The Jackson 5, turned the five brothers into overnight sensations with a first No. 1 hit. Originally considered for Gladys Knight & the Pips as well as for Diana Ross, The Jackson 5 took the song to No. 1 on the Hot 100 and R&B charts; the single also peaked at No. 5 on the pop chart.

Trying to live without your love is one long sleepless night
Let me show you, girl, that I know wrong from right
Every street you walk on, I leave tear stains on the ground
Following the girl I didn’t even want around
Let me tell you now

Read more on the story behind “I Want You Back” HERE.

If there was a group to knock The Beatles off the No. 1 perch, it was The Jackson 5. Released in 1970, “ABC,” the title track off the group’s second album, soared to the top of the charts, bumping the Fab Four classic “Let It Be” down a notch. Like most of their previous recordings centered around love, “ABC” compared learning the alphabet to falling in love. In 1971, “ABC” picked up a Grammy nomination for Best Pop Performance by a Duo or Group with Vocals.

Also off ABC, and the group’s third consecutive No. 1, “The Love You Save” features side vocals from Jermaine, who sings with Michael on the final Stop! The love you save may be your own. In addition to hitting No. 1 on the Hot 100 and the soul chart in the U.S., “The Love You Save” also made it into the Top 10 in the U.K.

Considered the most successful single released by Motown during its “Detroit era”,” circa ” 1959–72 (and replacing Marvin Gaye‘s “I Heard It Through the Grapevine”), “I’ll Be There” was the fourth No. 1 in a row for the Jackson 5. The first single off their Third Album, “I’ll Be There” hit No. 1 again 22 years after it was first released when Mariah Carey covered it in 1992 as a last-minute add-on to her MTV Unplugged performance.

Let me fill your heart with joy and laughter
Togetherness, well, it’s all I’m after
Just call my name and I’ll be there

I’ll be there to protect you
With an unselfish love that respects you
Just call my name, and I’ll be there

5. “Santa Claus Is Coming to Town” (1970)
Originally written by J. Fred Coots and Haven Gillespie and published in 1934

Still one of the most requested versions of the J. Fred Coots and Haven Gillespie-penned Christmas standard, the Jackson 5’s version of “Santa Claus is Coming to Town” was recorded for the group’s Christmas Album, also released in 1970. First recorded in Motown by The Supremes in 1966, the holiday classic has been covered by everyone from Bing Crosby, Neil Diamond, Bruce Springsteen, Mariah Carey, Frank Sinatra, Chris Isaak, Michael Bublé, and more throughout the decades.

The first single off The Jackson 5’s fifth album, Maybe Tomorrow, which reached No. 1 on the soul chart, the single “Never Can Say Goodbye” was originally written for The Supremes but was given to the Jacksons instead. British pop group The Communards, Isaac Hayes, and Gloria Gaynor, who named her album after the title of the song, all had hits with their covers of The Jackson 5 hit.

The title track off Maybe Tomorrow, the song along with “Never Can Say Goodbye” were two of the slower tracks on an album of more danceable tracks. Written by The Corporation, the song was also featured on the group’s 1971 live album, Goin’ Back to Indiana.

I don’t know how many stars there are
Up in the heavenly sky
I only know my heaven is here on Earth
Each time you look into my eyes
The way you do, baby

My beautiful bird, you have flown away
I held you too tight, I can see
You’re all I need to get by
No else can make me cry
The way you do, baby

After writing the hit “Never Can Say Goodbye,” Clifton Davis returned to write the title track of The Jackson 5′ s sixth album. Produced by Hal Davis, who also co-wrote the 5’s “I’ll Be There” and later hit “Dancing Machine,” the more funkified “Lookin’ Through the Windows” peaked at No. 16 on the Hot 100. Davis would continue working with The Jackson 5, also penning “Uppermost” off their seventh album, Skywriter.

The group entered the disco era with another No. 1 hit. Originally recorded for their 1973 album, G.I.T.: Get It Together, “Dancing Machine” was an entirely new sound for the group. The song, which featured Michael and Jermaine singing together more prominently, earned The Jackson 5 their second Grammy nomination for Best R&B Performance by a Duo or Group with Vocals in 1975.

Off The Jackson 5’s tenth and final album with Motown, Moving Violation, the album continued in a more funk and disco direction with the addition of the ballad “All I Do is Think of You,” about a boy longing for a girl he fell in love with at school. The song was The Jackson 5’s final charting song before leaving the label. Moving Violation is also the last album featuring Jermaine (until his return on Victory in 1984), who decided to remain with Motown when his brothers moved over to Epic. Younger brother Randy replaced Jermaine on future albums by The Jacksons.

I can’t wait to get to school each day
And wait for you to pass my way
(And bells start to ring) and angels start to sing
Hey that’s the girl for you (ooh, yeah)
So what are you gonna do? (oh, baby)
Hey little girl I love you so (I love you so) 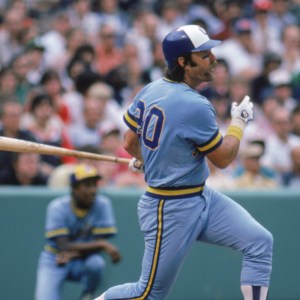 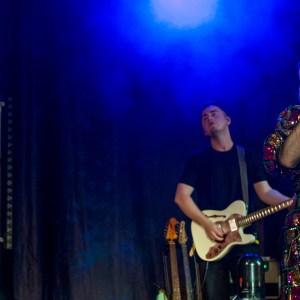