When a great song is written, it can translate across any genre, artist, and medium. That’s why any one of Neil Young’s songs makes a great cover.

One of the most prolific and influential songwriters of our time, Young’s songs remain classics in their original form, yet have lent themselves to some of the most surprising, sentimental, and memorable covers crossing country, rock, pop, punk, experimental, and everything and beyond, from the trifecta of Dolly Parton, Emmylou Harris and Linda Rondstadt taking on ”After the Gold Rush” in 1999—Harris covered his 1989 single “Wrecking Ball” solo with Young’s blessing in 1989.

In 1990, the Cowboy Junkies even brought Young into their dreamy folk state with a rendition of his 1979 Rust Never Sleeps single “Powderfinger” on the band’s third album The Caution Horses, while Nick Cave’s baritone penetrated the starkness of “Helpless,” a song originally written by Young and recorded by Crosby, Stills, Nash & Young for their 1970 album Déjà Vu.

Throughout the decades Young’s songs, spanning his nearly 60-year career, have ridden varied sound waves with covers by everyone from Roxy Music, Sonic Youth, The Pretenders, Norah Jones, Saint Etienne, Wilco, Charles Bradley, the Pixies, Screaming Females, and beyond.

Here, we take a look at 10 of the most impressive covers (in no rank or order) of Neil Young classics. 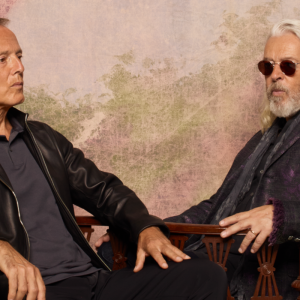