Hello! And welcome to another installment of New Music Friday here at American Songwriter. Here, we share our favorite newly released songs, and this week we have an especially great selection, from Silk Conic to Taylor Swift and beyond.

So, without further ado, let’s get to the music, shall we?

1. Silk Sonic, the new smooth supergroup from Anderson .Paak and Bruno Mars, has released its new album, An Evening with Silk Sonic, today and we wanted to share one of our favorite songs from the LP, “Put On A Smile.”

2. Taylor Swift just released her newest project, Red (Taylor’s Version), as part of her efforts to re-release all her music under her own name, and own it outright. Today, Swift released a song with popular guitar smasher, Phoebe Bridgers, “Nothing New.”

3. Damon Albarn, frontman for the Gorillaz and Blur, released a new single, “Royal Blue Morning,” a few weeks ago actually, but it just hit our radar somehow! Here it is in all its glory.

4. Popstar, Debbie Gibson, released a new holiday track today, “Christmas Star.” Check out the bright new festive song from one of our favorite artists, below.

5. Sheila E, the famous drummer for Prince and a number of other groups, is also a solo artist and the legendary percussionist released a new salsa version of her song, “Bailar,” today, which you can check out below.

6. Los Angeles-based artist and producer Diplo released a new video for his song “Promises” with Paul Woolford and Kareen Lomax. Check out the new work below.

7. RuPaul’s Drag Race star, Trixie Mattel, released a sticky new song today called, “Hello Hello,” and it’s an ear-worn of a track. Check it out below

8. Soulful singer, Joss Stone, has a new single out today, “Never Forget My Love,” which she worked on with longtime collaborator, Dave Stewart. Check it out below.

9. IDLES, another of our favorite bands, released its new album, CRAWLER, today. So, we thought, why not celebrate by sharing the group’s latest video for, “Car Crash.”

10. Our favorite Seattle-born saxophone player, Kenny G, has a delightful new song out today, “Legacy Featuring ‘The Sound’ Of Stan Getz.” In typical Kenny G form you could listen to it forever.

11. M.I.A. has released a new “snip” of a song called “B̾A̾B̾Y̾L̾O̾N̾” (full version here) and we just love her delivery so much that we wanted to share. 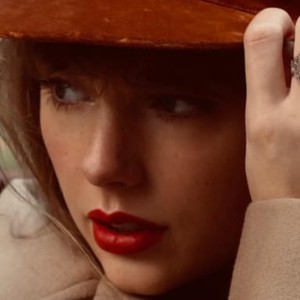