American Idol contestant Tristen Gressett is here to bring rock ‘n’ roll back to the stage. Known for his electric energy, Gressett turned it up to 10 for the next round of American Idol performances at Disney Hawaiian resort, Aulani.

Channeling the likes of Freddie Mercury, Gressett kicked around on stage in ’70s style, white, high-waisted bell-bottoms to the intro of Joe Cocker’s “I Get By With A Little Help From My Friends.”

The Alabama singer’s raspy, soulful voice and powerful onstage energy captivated the audience and the judges alike. Judges Lionel Richie, Katy Perry, and Luke Bryan all broke out the well-known musician “stank face” to give their approval during the performance.

“Is there a priest or pastor in the house because you’re possessed!” Katy Perry said. “That was freaky-deaky. When the dust settles, you are a rock star right now.”

Richie chimed in to agree, saying that the old-school rock ‘n’ roll stances of the ’60s and ’70s are hard to pull off, but Gressett did it well.

“First of all, how many people do you know in life who can pull off the hero stance? Your navigation of the stage is ridiculous,” Richie said. “You have a career in this business because of who you are.”

Gressett’s performance was part of one group of contestants performing with the other half performing on Monday, April 11. With Gressett’s high-energy kickoff, the judges will have a lot of tough decisions to make.

“Tristen, man, you do what your heart desires,” said Bryan. “Don’t let anyone steer you any other way. You go out and you leave it on the stage every time. Even – you’re navigating the mic stand like Steven Tyler. We forget this is the entertainment business, too, and you know how to entertain.”

Gressett’s initial audition to American Idol almost didn’t make him the cut. Breaking into a rendition of Billy Joel’s “Piano Man” on acoustic guitar and harmonica, Gressett’s performance was critiqued for being “too gimmicky.” The judges, while they were impressed with his performance, agreed that his song had too many gimmicks distracting from his actual voice.

Keep up with more of Gressett’s electrifying performances on American Idol on Sundays and Mondays at 7 CST/8 EST.

Watch Tristen Gressett’s performance of “I Get By With A Little Help From My Friends” below. 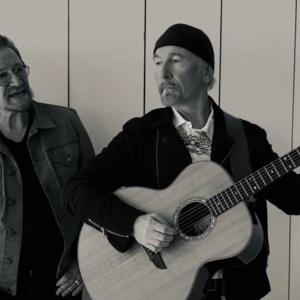 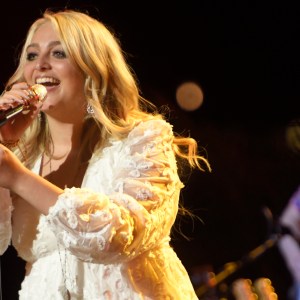