Brandi Carlile is fast becoming a legend in music.

But one of her best qualities as an artist is recognizing those talents around her, those who have come before, and those who are working in her wake. She has long been close with big names like Elton John and Joni Mitchell. Now, she’s showcasing more musical relationships that meant much to her.

Case in point: at her shows over the weekend in Nashville, Carlile brought up a number of performers to share the stage, including Wynonna Judd, Lucius, Katie Pruitt, Brittney Spencer, and more.

Members of Carlile’s family were also among those who graced the stage at Ascend Amphitheater in Music City.

According to reports, Lucius and Celisse were called at the last minute to replace the Indigo Girls, who were slated to open both nights but had to cancel due to COVID-19 complications.

Saturday’s setlist (July 9) included a cover of the Indigo Girls’ song “Virginia Woolf.” Also included in the show was a cover of Mitchell’s “Woodstock.”

Celisse also sat in during the shows, playing guitar and collaborating on a number of tracks, including a cover of David Bowie’s “Space Oddity,” Radiohead’s “Creep” and “Alone” by Heart.

Judd, who will later be joined by Carlile and other artists on tour, which was supposed to be The Judds final tour but plans changed in the wake of her mother Naomi Judd’s recent passing, performed with Carlile at the Ascend Amphitheater. She performed The Judds’ classics “Girls Night Out” and “Love Is Alive.”

Check out the Friday and Saturday setlist and fan-shot videos below. 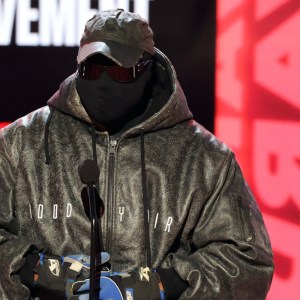