One such hopeful was 36-year-old country singer Jay Allen. Ahead of his audition he spoke about spending the last decade in Nashville honing his craft and shared an emotional story about his late mother.

“I am moments away from my blind audition and I truly wish that my mom was here to see this,” Allen said. “She’s not, but I know she’s with me, I feel her in my heart. I’m just going to go out there and make her proud.”

Allen then explained his mother’s life-altering diagnosis with early-onset Alzheimer’s. She passed in 2019, yet continues to inspire an emotional connection to music for Allen.

“My mother would pick me up every day after school and she would crank up the local country radio station and roll down the windows and we would sing at the top of our lungs and laugh all the way back home,” he recalled.

“My favorite memory of my mom… One moment I remember very vividly was when we went out to a very well-known saloon in Nashville,” he added. “My mother took one step inside and she saw the band and heard the music and she suddenly was present. She started trying to talk and dance and smile. So, I grabbed her by the hand and we started slow dancing to a fast song. She leaned in and said ‘Jay I’ve missed you so much. I love you so much son’ and I was like, ‘woah.’ I have always heard about the power of music, I just didn’t really understand what it was until this moment.”

His father and fiancée stood backstage as Allen geared up to sing Cody Johnson’s No. 1 hit, “Til You Can’t.” His powerful rendition earned him chair turns from Stefani and Shelton, who are appearing on The Voice together for the first time as a married couple.

The couple tried their best to win Allen over to their teams. “I knew you were going to do that, you’re killing me,” Shelton chided Stefani.

Shelton continued, “The delivery of that lyric is such a conversational song in order to stay on pitch and get through the lyrics and then hit those powerful moments man that’s tough and you sounded great doing it. I love your tone, I love your approach. I didn’t expect to turn around and see a UFC fighter singing it, but that’s even cooler man.”

Stefani shared her side, “Blake, he’s taught me so much about country music, and I got to be on two No. 1 country hits with Blake Shelton, which was just the most incredible experience of my life. It made me so joyful to recognize that song when it came in and to hear your voice on it, it was so beautiful and the chorus I thought it sounded really good. It was a really good performance and I would love to coach you. I know music, I’ve toured the world, and I know how to do this show, And it’s kind of a two-for-one because I’ll just ask him if I have questions. Anyways, I thought you did a great job and I would love to coach you if you want to be over here on team Gwen.”

When Legend asked him about his song choice, Allen revealed, “I relate to it because when my mother was diagnosed with early-onset Alzheimer’s when she was 51, she passed away in 2019 at age 54.”

He also shared he has written his own song inspired by his mother’s diagnosis. “I’m proud to say that song that I wrote has now raised close to $50 million dollars to fight against Alzheimer’s,” Allen shared.

Allen ultimately went with Stefani’s team. Watch the country up-and-comer on season 22 of The Voice with the second episode of blind auditions airing tonight on NBC (September 20). 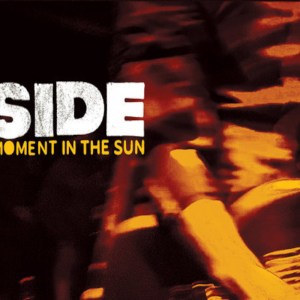 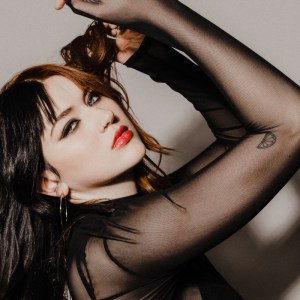