The Red Hot Chili Peppers played the historic Apollo Theater for the first time ever amidst the band’s lengthy international stadium tour.

The performance came as part of SiriusXM’s Small Stage Series. And for it, the rock icons played some of their most beloved songs, including “Dani California,” “These Are The Ways,” and “Here Ever After,” to a packed venue.

The Peppers’ brand new studio album, Return of the Dream Canteen, the second album this year for the group, will be released on October 14. Their previous album, Unlimited Love, dropped earlier this year.

To hear their live performance at the Apollo as well as their latest music, you can tune into Whole Lotta Red Hot on channel 315 or anytime, anywhere on the SXM App. The channel is also available on channel 105 through September 30.

“Eddie” is emotional, heartfelt, and clearly spoken from the band’s collective heart. It also features a blistering, emotive guitar solo. And Flea’s bass is outrageous and lovely.

“Sometimes we don’t realize how deeply affected and connected we are to artists until the day they die,” says frontman Anthony Kiedis. “Eddie Van Halen was a one-of-a-kind. The day after his death Flea came into rehearsal with an emotional bassline. John, Chad, and I started playing along, and pretty soon with all our hearts, a song in his honor effortlessly unfolded. It felt good to be sad and care so much about a person who had given so much to our lives. Although the song doesn’t speak to Eddie by name, it talks about his early days on the Sunset Strip and the rock n roll tapestry that Van Halen painted on our minds. In the end, our song asks that you not remember Eddie for dying but for living his wildest dream.”

Like many, Red Hot Chili Peppers were saddened by Van Halen’s death on Oct. 6, 2020, after a long battle with cancer. And like many, they made that sorrow public.

“Oh man, bless his beautiful creative heart,” Flea tweeted at the time. “I love you Eddie Van Halen, an LA boy, a true rocker. I hope you jam with Jimi tonight. Break through to the other side my brother.”

Fans can check out video clips below of some of the band’s performances.

“These Are The Ways”

(Photo by Matt Winkelmeyer/Getty Images for Rock Under The Stars) 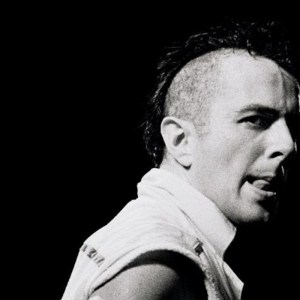 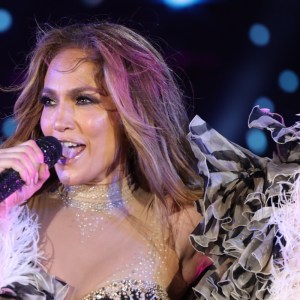