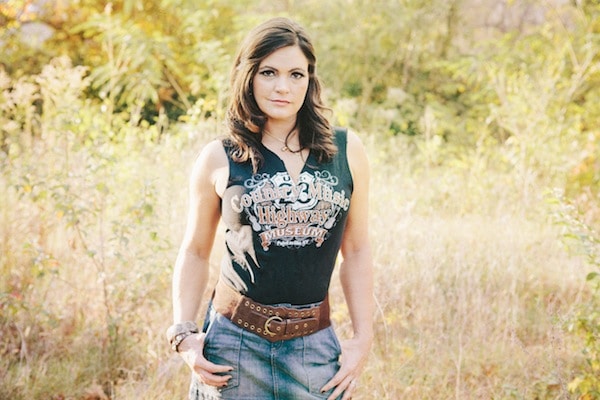 Pistol Annies member Angaleena Presley has put her entire experience into her debut solo album, American Middle Class, out October 14. This Kentucky-born coal miner’s daughter recently opened up to us about finding inspiration in the everyday, her love for cooking, and the eternal flame she continues to carry for Elvis.

How would you describe American Middle Class?

It’s an album for the people by a person who has been there and done that. The songs on American Middle Class are like pages out of my diary, lyrical snapshots of the joy and pain of being a hard working, blue collar citizen whose goal is to keep food on the table and dreams alive.

How does it differ from your work with Pistol Annies?

It’s more personal. I was introduced to fans as “Holler” Annie so on this record I take you deep into the holler and really give you an understanding of where that nickname came from. I modeled the album after my favorite country record, Red Headed Stranger, and by the time you’re finished listening you’ll practically be able to steal my identity. You’ll know everything but my social security number (which we edited for safety reasons). The thing that I brought to Pistol Annies was a heap of hard-core life experiences like marriage, divorce, and getting “knocked up.” I’ve been a cashier, a waitress, a housewife, a single mom, you name it. My life has been a country song and now people finally get to hear it.

For the record, your feelings on Elvis Presley are …

Lust. He is absolutely the hottest thing that the good Lord ever created. He changed the face of music, and I feel much gratitude for his courage and unwillingness to compromise in the hostile climate in which he began to shake his money makers. He was a pioneer and a hero. And no, I’m not related.

Whose songs do you like to cover when nobody’s listening?

The Carpenters! I LOVE them on accident.

My dad taught me how to play “Mama Tried” (one of the three songs in his extensive repertoire). He told me that if I could learn the chords in that song, I could play any country song because all it takes is three chords and the truth. He was so right and I’m living proof of that philosophy.

It was so awful. I was a senior in high school and I wrote a song called “Fairy Tale Land.” It was about me venturing off into the world and leaving my fairy tale life behind. My mom liked it and encouraged me to write more. About 20 songs later I wrote something that made me think, “hmmm … this one might be kinda good.”

A song called “Casseroles” with Gretchen Peters. She is amazing and you’ll probably get to hear it on my next album.

“Better Off Red.” It combines my background with my future. I’ll always be a dream chaser, but I’ll also never forget that there’s no place like home. No matter how far I travel, no matter how many languages I learn or foods I taste, there won’t ever be anything more satisfying than sitting on the front porch breaking beans with my mom. The redneck way of  life is simply awesome.

I don’t write songs; they come from something way bigger than me. I feel more like a song catcher. My process is to always carry a pencil and notebook with me and no matter what I’m doing, I brake for ideas. I learned this the hard way because I let a lot of them slip away. I also hum melodies or lines into my phone right when they come because they change by the second. Then, I’ll sit down every so often and piece everything together like a puzzle. On a really good, blessed day I’ll feel compelled to pick up a guitar and a whole song will effortlessly spill out. Those are the gems.

Less is more. When I first moved to Nashville and was getting to know the city, I found an original copy of Tom T. Hall’s Guide To Songwriting at the downtown library. Upon reading it, I figured out that I was trying to cram too much stuff into a very small space. He had a whole chapter on the extreme importance of editing. “If a word doesn’t add to the song, then get rid of it.” When I write, I like clean lines (no pun intended) with concise but poignant content. I try to use words and phrases that really give me the biggest bang for my buck. My goal is to create an emotional connection or response in the listener and I only have three minutes to get it done. I try to make every word count.

What doesn’t inspire me to write? I could literally write 100 songs about how the grass grows. I’m an observer. Always have been. When my husband tells me to stop staring, I tell him to stop interrupting me while I’m working. I watch, I feel, I listen, I touch, I taste. It goes through my filter and comes out as a song. I don’t discriminate. My heart is open and the muse is ever welcome.

There’s so much blood sweat and tears on this thing and honestly, I’m proud of it all. That’s kinda like asking a mom which one of her kids she prefers. I can’t play favorites.

What’s a lyric or verse from American Middle Class you’re a big fan of?

In “Ain’t No Man” there are a bunch of crazy metaphors for how I am a walking contradiction. I’m strong and weak, smart and naive, driven and late – I’m a woman. I have to be everything to survive in a man’s world. My favorite line is “She’s busy as a saddle in a one horse town.” That perfectly describes how I felt for a lot of years in Nashville when I was trying to get things going.

Not really but I’m definitely not a fan of trendy phrases. I wouldn’t be caught dead saying “totes adorbs,” and I’ve definitely never uttered words like “rad” or “amazeballs.”

I wrote a song called “Tennessee” when I was working as a case manager for a foster care agency in Nashville. It’s about a teenager who was about to age out of the system and had no where to go. It always makes people cry.

I’m writing a cook book right now. I love to write recipes. I also journal and free write. I have A.D.D. so songwriting is perfect for me. It’s over before my attention span peters out.

I really hate that I missed the chance to write with Harlan Howard. He had already passed away by the time I got to town, but I’ve heard so many amazing stories about him. I always use one of his quotes to describe my creative process – “God wrote the songs, I held the pen.”

Chris Knight. He does grit and honesty better than anyone and he should be drowning in awards and accolades. “You’re treating my Granddaddy’s land like dirt” – I mean, c’mon, it doesn’t get much better than that.

“Strawberry Wine.” If you’re young you relate, and if you’re old you remember. It has innocence, lust, love, heartbreak, and wine. It’s the perfect country song. 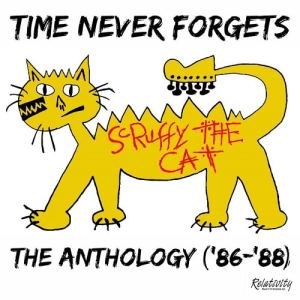