There are unique podcasts and then there is Bear and a Banjo.

Bear and a Banjo is a first-of-its-kind revelation for music fans that centers around the unlikely musical paring of Bear, played by Jason “Poo Bear” Boyd, and Banjo, voiced by “Jingle Jared” Gutstadt of Jingle Punks fame. Bear is a mysterious black man who uses his powerful voice to change hearts, mind, and history while Banjo maintains his role as a mischievous white guitar player. The two span time — from the 1930s through 1970s — always landing at an influential moment that can shape the modern world.

Its most recent episode includes a Zac Brown remix of “Can You Hear Me Now,” which can be heard above.

Brown told American Songwriter that he thinks the show is taking the podcast medium to another level.

“I love how ‘Banjo and Bear’ is using Podcasting to bring musical storytelling to life,” he said. “It’s such a unique idea and the music they are making is incredible. Working with Poo Bear and Jared on the ‘Can You Hear Me Now?’ remix was a blast and I think people are really going to like what we did with it.”

The podcast is hosted and produced by veteran actor, Dennis Quaid, who voices the narrator, “Dr. Q” and is released weekly on the iHeartPodcast Network. It took the group approximately four years to complete the project and is designed to weave fiction with fact to make the podcast educationally relevant but entertaining.

Quaid told PEOPLE magazine that the podcast is growing and going in new directions, something that excites him, but that he doesn’t know how the journey will end with the show.

“A podcast has never been used before to launch original music,” he told the magazine. “The audience reaction to it has been amazing.

“It’s really like when TV came out or Sirius radio came on, no one could tell you what it’s going to be. So it’s exciting to be in the center of it.”

For Gutstadt, the entire process has been somewhat of an iteration on other strokes of musical genius that have swept the pop culture landscape.

“Much like Hamilton and The Greatest Showman, Bear and a Banjo is taking the idea of musical storytelling and amplifying it to a whole new level,” he said. “The soundtrack to our Passion podcast (of the same name) has been amplified in a whole new way by the contribution of Zac Brown.

“We are thrilled to hear his take on Our Lo Fi Americana experiment. His version of “Can You Hear Me Now?” has transformed this into something much bigger. This version of the song could pump up an NFL stadium or be used in a summer blockbuster. Poo Bear is the king of collaborations, and his ability to call A-list talent into the fold, is absolutely amazing.”

The series is comprised of eight episodes and takes on issues like the wrongful conviction of blues legend Sonny Liston, to the wedding of Sister Rosetta Tharpe, and onto the creation of the CIA.

Each episode also, uniquely, weaves the original musical work of a collaborator with that of the Bear and a Banjo band, which will be released in an album at the end of the series and made available for purchase by EMPIRE. 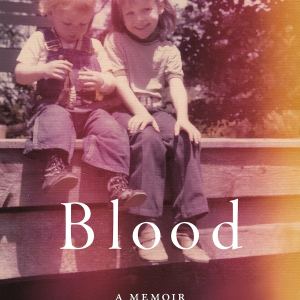 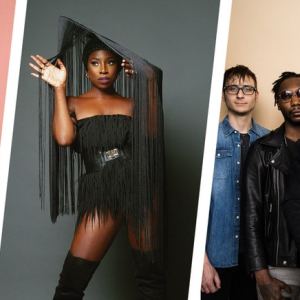