Membership in the Grand Ole Opry is one of the highest achievements within the country music community. From the first member in 1925, and first performer in house, fiddler Uncle Jimmy Thompson, and his early performances on the WSM Opry radio station called the “Barn Dance,” through the hundreds of country legends that would follow over the decades—everyone from Minnie Pearl, Ernest Tubb, Chet Atkins, George Jones, Patsy Cline, The Everly Brothers, Willie Nelson, Tammy Wynette, Barbara Mandrell, and Dolly Parton, and into the present with newer inductees, including Trace Adkins, Blake Shelton, Kelsea Ballerini, Rascal Flatts and beyond—being welcomed into the house is a sign that you’ve arrived in Nashville, and in country music.

Throughout the decades, the Opry has also had to make the difficult decision of banning artists from performing at the venue, becoming members, and, in some instances, revoking their memberships completely.

Johnny Cash notoriously smashed the stage lights spraying glass into the front row audience, while Hank Williams lost his membership after failing to show up to his scheduled Opry shows. Most recently, Dierks Bentley was also banned from the famed venue before he even had a chance to perform on the Opry stage.

Here’s a chronological look at why these five country artists were banned from the Grand Ole Opry.

After releasing a long string of country hits in the 1940s, from “Hey, Good Lookin’,” “I’m So Lonesome I Could Cry,” “I Saw the Light,” “Move It On Over,” and “Your Cheatin’ Heart,” Hank Williams finally made his Grand Ole Opry debut, and became a member in 1949. During his Opry debut, Williams received six encores and would go on to tour with his band the Drifting Cowboys. Known for his drinking problem, Williams was previously fired from the radio station where he started out after showing up inebriated on more than one occasion. His time with the Opry would have a similar fate.

As his alcoholism became noticeable and progressed over the years, in 1952, the Opry dismissed Williams, just three years after he became a member, after he had missed a number of scheduled shows with no explanation. Williams died months later on New Year’s Day, 1953, at the age of 29. In 2003, his grandson Hank Williams III started a campaign to have his grandfather reinstated into the Grand Ole Opry.

On July 7, 1956, Johnny Cash made his Grand Ole Opry debut, performing “I Walk the Line,” “Get Rhythm” and “So Doggone Lonesome.” Later moving to California, signing to Columbia, and releasing more hits like “Ring of Fire,” Cash would frequently return to perform at the Opry, though his life had become more tumultuous over the next few years around addiction and his first marriage dissolving.

During a 1965 performance, an inebriated Cash dragged the microphone stand around, smashing out all footlights in front of the Opry stage.

“I don’t know how bad they wanted me in the first place, but the night I broke all the lights on the stage with the microphone stand, they said they couldn’t use me anymore,” said Cash. “So I left and used that as an excuse to really get wild and wound up in the hospital with my third time I broke my nose.”

Coupled with his wife June Carter, who he first met at the Opry and who was already a member for years, singing with the Carter Family and as a backup singer for Elvis Presley, Cash returned to the Opry stage in 1968. Cash’s membership was reinstated, and he remained an Opry member throughout the rest of his life. He died on Sept. 12, 2003, at the age of 71, just five months after June passed away.

Kentucky native Skeeter Davis first broke out as part of the Davis Sisters in the late 1940s, and later released their country hit, “I Forgot More Than You’ll Ever Know,” which spent eight weeks on top of the country charts in 1953. The two would go on to perform with everyone from Bob Dylan, Jerry Lee Lewis, and Wanda Jackson. After the death of her singing partner, Betty Jack Davis, in a car accident in 1953, which also left Skeeter with severe head injuries, the singer decided to retire from music and start a family.

Returning to music as a solo artist in 1958, Davis became a member of the Opry in 1959. Taking to the Opry stage on Dec. 8, 1973, days earlier Davis witnessed the arrest of the Christian organization Christ Is the Answer Crusade, at a local shopping center and expressed her disdain at the police officer’s actions.

“This is really something that I should share,” said Davis to the Opry audience before performing “Amazing Grace.” “I didn’t ask our manager, but they’ve arrested 15 people just for telling people that Jesus loves them. And that really burdened my heart, so I thought I would sing you all this song.”

After sharing her opinion of the local Nashville police, Davis’ membership was suspended and she was banned from performing at the Opry. In 1974, the Opry welcomed Davis back, and she continued to perform there until her very last performance in 2002. Skeeter Davis remained an Opry member until her death in 2004 at the age of 72.

4. Jerry Lee Lewis
Banned from performing at the Opry in 1973

Despite his country music roots and numerous releases within the genre—″She Even Woke Me Up to Say Goodbye,” “To Make Love Sweeter for You,” “What Made Milwaukee Famous (Has Made a Loser Out of Me),” “End of the Road” and “Another Place Another Time”—Jerry Lee Lewis, who was finally inducted into the Country Music Hall of Fame in 2022, just weeks before his death, never felt accepted by the Nashville, country community. When he was asked to perform at the Opry on Jan. 20, 1973, he decided to break the house rules they gave him: no cursing and no playing rock songs.

Not only was Lewis foul-mouthed, but he also ignored the commercial breaks and performed a number of rock songs, including his hits “Great Balls of Fire,” “Whole Lotta Shakin Going On,” Chuck Berry’s “Johnny B. Goode” and more before closing on the more tender “I’m So Lonesome I Could Cry.” Lewis also broke another rule by playing a 40-minute set, when most artists were restricted to two or three songs.

Lewis never became an Opry member and was banned from performing there after his notorious ’73 appearance, though he did end up playing there again in the early 1980s.

Though Dierks Bentley was eventually welcomed into the Grand Ole Opry as a member in 2005, he was banned from the venue long before he even performed inside. Working as a researcher at a local TV station, The Nashville Network, which was located on the Opryland grounds, Bentley found a way to sneak backstage and hang out with the Opry performers on the weekends. When the Opry general manager, Pete Fisher, caught on to Bentley lurking about too often, according to Opry, he had his access to the venue limited.

After releasing his 2003 self-titled debut with his first No. 1, “What Was I Thinkin'”—which was coincidentally inspired by a girl he met backstage at the Opry long before he was signed by a label—Bentley made his Grand Ole Opry debut that same year and was introduced by Ricky Skaggs. After releasing another hit album with the follow-up, Modern Day Drifter, Bentley was inducted into the Opry on Oct. 1, 2005, and became the third-youngest member after Josh Turner and Carrie Underwood.

“We leave the door to our dressing room wide open so people can come in and say hi,” said Bentley of his Opry performances today. “And, if we’re not getting ready, then I want to be out on the stage watching the other bands—just remembering what it feels like to be part of the audience. I don’t ever want to lose that feeling of being a fan.” 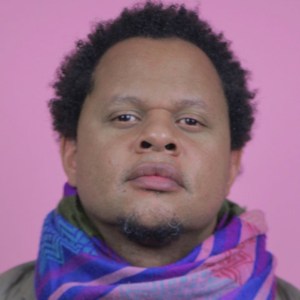 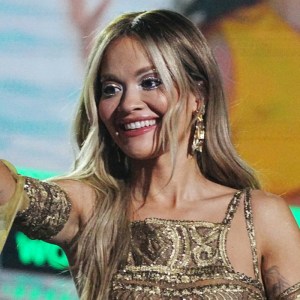