If there is one thing Tom Petty knew how to do it’s pen himself something truly iconic. “American Girl.” “I Won’t Back Down.” “Free Fallin.” These aren’t just hits, they are era-defining songs.

But Petty’s genius extends far beyond his Billboard success. If you dare to look into the wonky, experimental tracks that await deep within his album cuts, you’ll find Petty has a wealth of music that could stand proudly beside any of the songs listed above. Below, we’re going through 5 deep cuts from Tom Petty that you should take the time to uncover.

“Nightwatchman” sees Petty singing about the drudgery of having a dead-end job. As the title suggests, the lyrics follow the story of a security guard. He sings, I sit around at night and listen to the radio / If I get real bored, I might have a little smoke / Yeah I got a permit to wear this .38/But listen, my life’s worth more than the minimum wage. This hard-edged track is a hidden gem on Hard Promises.

“Louisiana Rain” opens on an odd note. Although it takes nearly a minute to get to the first lyrics, they are well worth the wait. This one is West Coast rock to the nth degree with a breezy, ear-worm chorus. The track was a re-recorded effort for Petty on Damn the Torpedos. It was originally written in his Mudcrutch-era. He only played it live nine known times but it was a hit every time he took it for a spin.

This eerie number is the final track that the group wrote in Tulsa, Oklahoma, before heading to Hollywood to finish Tom Petty and the Heartbreakers. There are many shifts throughout the song that keeps the listener on their toes. Petty noted that a lot of “Luna” was improvised, giving it a jam-session feel.

Long After Dark came at a bit of a contention period in Petty’s career. He had been on the road for seven years straight and was beginning to burn out. Jimmy Iovine, who agreed to produce the record, didn’t tell him he was working with Bob Seger at the same time, which caused a lot of tension. Nevertheless, the album has some glimmering moments like “Straight Into Darkness.” He delivers a raw vocal line with lyrics about losing something great. He leaves things on an optimistic note, singing, I don’t believe the thrill is all gone/Real love is a man’s salvation/The weak ones fall/The strong carry on.

While Petty was working on Wildflowers, his cousin sent him a book of great phrases with one sticking out in his mind, “Most things I worry about never happen anyway.” He worked that line into the slow-building ballad “Crawling Back to You.” The song came at a time when Petty’s marriage was falling apart and the stress is not hard to miss in this one. Hey baby, there’s something in your eyes / Trying to say to me / That I’m gonna be alright if I believe in you / It’s all I want to do, he sings. 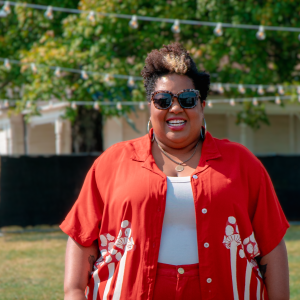 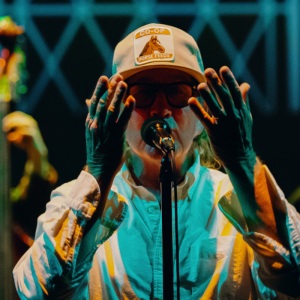