On Sunday (January 30), a five-year-old text from acclaimed Atlanta-born rapper and producer Andre 3000 of the Grammy Award-winning group Outkast, resurfaced and went viral on social media.

The text, which came in 2017, was from Andre to a fan he’d met prior on a boat trip to see Alcatraz. Check out the Tweet and the text below, both of which were shared by Jason Roth, whose Twitter bio says he is a PR rep and a contributor to NPR Music.

Roth wrote, “Once Andre 3000 was on my ferry ride to Alcatraz and I said hi. My 6 y.o. autistic son came over and started talking his ear off about German Shepherds, his obsession at the time. Andre talked to him about dogs for like 20 mins. We exchanged numbers. 4 years later I got this text.”

Andre 3000’s text, which you can see below, read, “Hi Jason. I was searching for a name and yours popped up. I remember our cool encounter on the boat. Ha. How’s the kid? I’m living in NYC now. So if you’re ever here reach out.”

(I mean, how freaking cool is that?)

Roth followed his first Tweet up with a note to the many fans and re-tweeters who commented and shared. Roth also added a photo with the follow-up.

He wrote, “Wow, thanks nice people. We did try to reconnect in NYC one time but he was away shooting a movie. We’ve exchanged texts a few times and he’s as cool as you’d hope. My son was too shy to take a pic with him but I couldn’t resist. We were goofing, I’m not that serious-looking.”

Many other fans followed that up with stories and photos of their own with the legendary emcee. Twitter user Andy, wrote, “I’m a huge OutKast fan. I saw Andre at a restaurant I was dining at. I wanted to go talk to him but I didn’t want to bother him. My mother n law had got up from the table and saw him in the lobby. She asked to take his picture, he said “Only if you’re in it”. Such a good dude.” 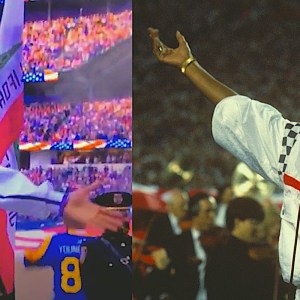 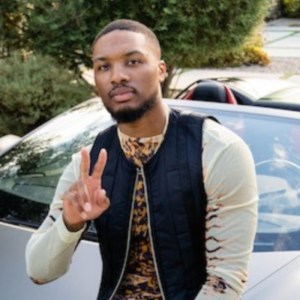