The drum intro to
“Be My Baby” by The Ronettes signaled
your world is about to explode.
|
I will admit, I didn’t get it as a kid.
I thought all of Spector’s singles
had too much reverb and were
muddy sounding. They called it
“The Wall of Sound.” I was enamored
with the more immediate production
sounds of George Martin, Mickie Most,
Shel Talmy, Billy Sherrill and Motown.
I was eight years old.

Six years later, I heard Plastic Ono Band by John Lennon.
Near dry in sound effects and
minimalist in instrumentation
without vocal harmonies, all achieved with dramatic effect.
My life was changed.
Arguably Lennon’s zenith achievement (Lennon claimed it was).
I read the credits and there was Phil Spector’s name but the album didn’t
have the “Wall of Sound.”

I immediately went back and listened to Phil’s ‘60s classics that did, including “You’ve Lost That Loving Feeling” and
“Spanish Harlem,” and realized how profound those records were
in context of when they were released. Spector turned the 45
into a celebrated art form like no other.

Lennon called him the greatest producer ever.

I’m not here to discuss his addiction to guns
and what led to his demise. Let me take a moment
to pause and reflect that in America we live in a gun culture.
I would suggest we should make it
more difficult for someone to own a gun. There are countries
where you can only own one gun, get a limited amount of bullets
and need to take a class to prove you can use the weapon.
We don’t hand out driver’s licenses. How about a gun license?

Some time ago, my friend Leonard Cohen shared a story with me.
When Spector was producing Leonards Death of a Ladies Man album,
Phil pulled out a gun, put it against Leonard’s head
and said, “I love you, man.”
Leonard said, “I hope so Phil.”

Artists are remembered by their highest achievements
until something dark overshadows their light.

When my grandfather died many years ago,
(before I knew of Spector’s use of guns),
I added to his stone, “To know him is to love him,”
inspired by Spector’s first hit single as recorded by The Teddy Bears.

When my grandmother passed away I added to her stone
“To know her is to love her.”

Phil Spector is gone. Cause of death unknown.

It’s hard to celebrate his life and easier to acknowledge his artistic achievements.

At some point another Spector production will fill your senses
when you least expect it.

Spector was a master record producer and songwriter from record one.
When Lennon wrote “Instant Karma” he called Phil and said,
“I wrote a monster.” Phil produced the stand-alone single
quickly, added ‘50s Elvis reverb (as suggested by Lennon),
doubled the piano and drums, turning the monster song into a monster single.
Even the front cover of the picture sleeve said,
“Produced by Phil Spector.” It is rare that a record producer,
if ever, gets their name on the front cover of a record.
The production on “Instant Karma” has yet to be matched.

Marvin Etzioni is a singer-songwriter and record producer. During lockdown 2020, he signed a digital distribution deal with Six Degrees for his label Regional Records. Releases include Thee Holy Brothers concept album “My Name is Sparkle” and Etzioni’s politically charged album “What’s the Mood of the Country Now?” Two stand-alone singles have just been released.

All releases are available on your favorite digital platform. 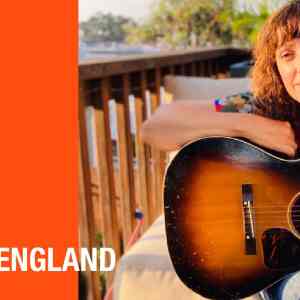 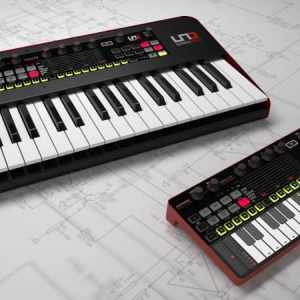