The Apple TV+ show follows the duo on a cross-country road trip in which they encounter a star-studded guest list. From Gloria Steinem and Dr. Jane Goodall to Goldie Hawn and Kim Kardashian, the docuseries shows the mother-daughter pair sitting down with several successful women who inspire others in different ways.

Three episodes of the eight-part series have been released on the streaming platform, one of which titled “Gutsy Women Refuse Hate,” sees the Clintons in intimate conversation with rap icon Megan Thee Stallion.

The three talk about the 2020 Cardi B-Meg Stallion collab, “WAP” (of which both Clintons are big fans), sexual empowerment, and the sex politics within the genre of rap.

“The men, they seem so confident in what they’re saying and they don’t have no problem with talking about their sexuality and how they gonna sex with you,” the rapper told the Clintons. “I was like, ‘I can do that,’ and it’s gonna sound fire coming from a woman.

“That is my life’s mission,” she continued, “to make sure that I’m always unapologetically me.”

Apple describes the Clinton’s journey as embarking on a “thought-provoking journey to speak with pioneering women artists, activists, community leaders and everyday heroes who show us what it truly means to be gutsy … The series shows Hillary and Chelsea as you’ve never seen them before, revealing their special mother-daughter bond and the unique, multi-generational way they approach the important and timely issues highlighted in each episode.”

“You’re not going to break me down,” the rapper continued in their discussion. Watch a snippet of the duo’s talk with the barrier-breaking artist, below, as they discuss taking on hate from the public along with the triumphs and tribulations that come with being a powerful woman. 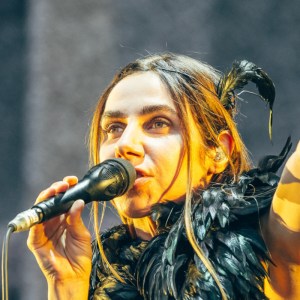 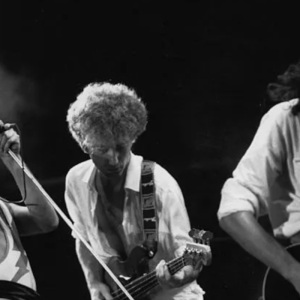