Jose Feliciano is one of the most famous songwriters in the world, even if you can’t recall his name immediately off the top of your head. His words, his spirit, his sunglasses are all cultural touchstones that are worthy of consideration year-round and, of course, especially during the holidays with Feliciano’s legendary hit “Feliz Navidad.“

Recently, Feliciano released a version of the track that features 30 artists from around the world, from Lin-Manuel Miranda to the Jonas Brothers. The song came as part of the deluxe reissue of his 2020 album, Behind This Guitar. The reissue also features a duet with the great and powerful Dolly Parton.

American Songwriter caught up with Feliciano to talk about his origins in music, what it was like singing with Parton, how it feels to celebrate “Feliz Navidad” and much more.

American Songwriter: I believe that I read that you have 10 brothers and you first played music at 3 years old while your uncle played a cuatro. But how do you remember music first entering your life in a significant way as a young person?

Jose Feliciano: Exactly then; when I was three years old.

AS: How do you remember Puerto Rico influencing you as a young person and what was it like to move to New York at 5 years old to Spanish Harlem?

JF: In Puerto Rico, I got a sense of nature and a musicality I never would have had otherwise. I had freedom to explore my surroundings that I probably wouldn’t have developed in a big city, of any kind. For a little kid like me at the time, New York was a real assault to the senses and took me a while to acclimate. But I did.

AS: Do you remember what went through your mind when you got your first guitar at 9 years old— what opened up, what about it made you want to practice so much?

JF: I felt numb at first but the love for it and music in its entirety started to develop from my head to my hands and then finally, my heart. And hopefully, to others as well.

AS: Do you remember your first performance around then at the Teatro Puerto Rico in The Bronx—and how did you work to get better afterward?

JF: Of course I remember. There was a desire, a drive, to do it again and again and accomplish something great. Also, I wanted to help my parents. Plus, the fact that I could do something my brothers couldn’t do was another unfortunate, perhaps, force within me: to succeed and be the very best I possibly could be in my life.

AS: What was it like for you to become very popular? Was it jarring, welcomed? You played and met such giants as Quincy Jones, Jimi Hendrix, Johnny Cash, and Diana Ross?

JF: It wasn’t jarring but it was a little unexpected. My intention was to be a great artist, not necessarily a famous one. But I was fortunate to meet and work with so many of my heroes; the list seems endless! I’m a lucky guy, for sure.

AS: Do you remember writing “Feliz Navidad”—how did it feel coming out?

JF: Of course I do. I was working on a Christmas album with my producer, Rick Jarrard, who produced “Light My Fire,” “California Dreamin’,” “Che Sarà,” “Let’s Find Each Other Tonight,” “Rain” and so many others. The topic of writing a new Christmas song was brought up and I said, “Oh, I don’t know, Rick, how could I compete with the likes of Irving Berlin, Brenda Lee, and Mel Tormé?”

Rick encouraged me to give it a go and a few moments later, “Feliz Navidad” was born, just like that, really. Rick loved it and decided it would be recorded with the rest of the material we’d already chosen, but I said, “I don’t think so, Rick, it’s too simple…” Obviously, it’s reaction with the public that has really surprised me over the years; it’s hard to believe. Thank God I always had faith in my producer.

JF: Well, Rick and I had wanted to get back in the studio together for a long time and it was Helen Murphy of Anthem Entertainment who made it happen by giving us the opportunity to record an album in Nashville, where they have a regional office. Rick was always looking out for material for us and a few years before he had heard a fellow in a bar in, I believe, Memphis, maybe in Nashville actually, singing a song he’d written called “Behind This Guitar.”

He went up to the guy afterward and told him that he knew the perfect artist to record his song and so he shared it with Rick to show to me. I couldn’t believe the lyric; as though the guy knew me, or something. Rick always said from the moment he first heard “Behind This Guitar,” that he knew it was my biography, in less than four and a half minutes.

AS: What was it like for you to work with Dolly Parton on “Eagle When She Flies”—do you recall an interesting moment or bit of conversation in the collaboration?

JF: Rick had scoured Dolly’s catalog for weeks, looking for a song from her library that would fit me. When he found “Eagle,” he said not only was it an important message for this time but that he could hear it as a duet. The Label reached out to her but she was hopelessly involved in her many commitments so the album was released as is—something like three weeks before the Covid shutdown.

We worked a couple of the songs and got a very good reaction and then remarkably, Dolly’s schedule opened up enough for us to record it, but remotely, as the pandemic continued raging on. In November 2021 Behind This Guitar, Deluxe was released by Anthem with three new additions: it features a new mix of “I’m America,” including the great David Bratton and his Virginia University Union Choir; “Feliz Navidad 50,” our new track with 30 artists from around the world, celebrating the 50th anniversary of Feliz Navidad with me; and gratefully, a really sweet “Eagle When She Flies” with Miss Dolly Parton.

AS: What are you looking forward to in the future?

JF: Whatever God chooses to offer me.

JF: I love everything about music, especially that it brings people together. Basically, and I say this all the time, music heals. 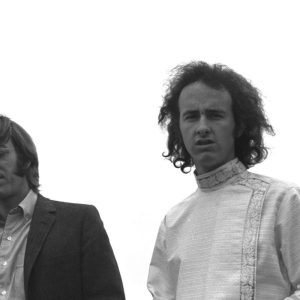 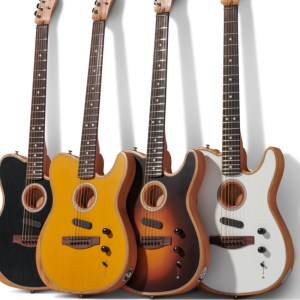