Allison Russell of Po’ Girl, Birds of Chicago and Our Native Daughters joins the Basic Folk podcast to chat about her cathartic yet joyful upcoming debut solo album Outside Child.

From enduring years of childhood abuse, to re-connecting with her biological father, embracing her Grenadian heritage and much more in-between, this album is a raw and honest account of Russell’s tumultuous upbringing and her experience processing it all.

Nevertheless, Russell is intentional about keeping positivity at the forefront and as she explains, community has been at the root of her healing.

“Particularly my stepmother, Tessa, we have a lot in common. Meeting her and what she has lived through and her perspective on things—the strength of her pride in her own blackness, heritage, culture —I was raised my whole life to despise myself. I was told over and over again how inferior black everything was and that I should count myself lucky. That was the psychological component of the abuse which is much more insidious and hard to dismantle in many ways,” Russell says.

“Your body heals and you leave a situation that doesn’t happen to you anymore, but those disordered thought patterns that have been brainwashed and instilled, those are extremely difficult to define and get rid of,” she adds. “And meeting an entire family of powerful, beautiful, proud women who were unapologetically black and loved every part of that, was transformative. It continues to be transformative.”

Beyond that, and alongside the community she finds within Nashville, her bandmates and her own little family are of course, the healing properties of music. Russell shares that the fact that she discovered music could be an escape at a young age through her mother, who suffered from schizophrenia but played the piano to ease her struggles.

“When she was in a great mood, the whole world sang with her and then it was terrifying when she wasn’t,” Russell admits. “My mum and I had a very volatile relationship, but I loved her playing, because it’s like I can just feel her love through her music that she couldn’t ever express in any other way. I could feel her, who she really was. I could imagine her as a kid. I felt connection and compassion and empathy for her when I heard her play. And it sparked my own love of music.”

She goes on to add the impact music has had on her life and her ability to process the hardships she’s endured.

“It was a lifeline then and it’s a lifeline now. It’s where I’m happiest. When I’m playing music with people, that communion, that’s when all of the really awful psychological loops that have dripped poison from my childhood, that’s when they stop… It reinforces hope in humanity for me every time and I’m absolutely hooked on it,” she reveals. “And I’m absolutely convinced that part of the way forward in a divided world and society is to really hear each other’s stories.”

And as far as Outside Child goes, it’s exactly that—her story, told in full.

To listen to more of this incredible and insightful conversation between Russell and host Cindy Howes on moving past trauma, becoming a mom and more, check out Basic Folk podcast below and Russell’s debut solo album Outside Child upon release May 21. 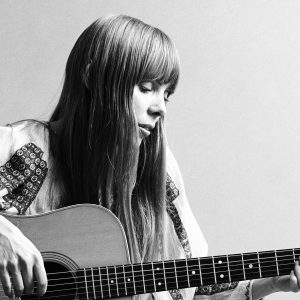 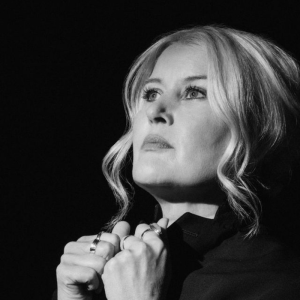