As we go full force into the new year, there are a number of good things to look forward to. In the world of music, one of those good things is new talent and if music is any indication of how the year will unfold, 2022 should be a great one.

With 2021 coming to a close (phew!), American Songwriter kept its eyes and ears open for new standout acts along the way. After culling through a number of amazing artists, we came up with 12 artists we believe are destined for stardom.

While we know there will be many more, the following 12 acts should be at the top of your list to get to know. From country and folk to hip-hop and pop, we got you covered. Take a look (and listen) at American Songwriter’s Top 12 Artists to Watch in 2022.

We wouldn’t be surprised if the Los Angeles-based folk artist Sunny War had a Grammy nomination or two by this time next year. She’s that skilled at both writing and performing. She is a spirit stanchly unto herself. In many ways, War seems like the next Americana artist to pop into mainstream conversations. (No pressure, of course.) While War is certainly not an unknown artist to date (indeed, she has already earned a coveted NPR Tiny Desk Concert), she is not yet a household name like, say, Brandi Carlile, Allison Russell, or Valerie June. But we think she will be. In conversation, War is charming yet soft-spoken and concise. Her music is inspired. It sweet talks past your soul’s outer defenses and nestles within to live happily ever after (see: this lovely tune). And we’re thankful for it.

There are few singing voices on the planet that can match Shaina Shepherd’s and none can out battle. If as the great movie Scott Pilgrim vs. the World depicted, voices are like mythical creatures that emanate and grow from their source, then Shepherd’s would be unconquerable. Such a voice gives a person poise, too, it would seem. American Songwriter covered Shepherd previously— HERE, HERE, and HERE. But it looks like the world is catching on to her skills now, too. See her in a recent Nordstrom ad, and opening for John Legend, and with Soundgarden’s Kim Thayil, and with Duff McKagan. We’re happy the audience is finding out what we already knew to be grand. Check her out—if you haven’t already, that is.

The hottest rock band in Seattle is led by twin siblings Eva and Cedric Walker. In a world where division and technology seem to reign supreme, the two skilled musicians and songwriters showcase a family dynamic that easily becomes addictive to fans. Seeing the two on stage make you want to call your mama and tell her you love her. And if frontwoman Eva Walker hears that, she’ll know she’s done her job. Few cherish family time more than her. The Walker twins would rather play in a room full of nephews and nieces than a packed Madison Square Garden. Yet, MSG is likely on their path ahead—they’re that tantalizing. Already selling out myriad stages in the Northwest, the band has opened for Fishbone, Mavis Staples, Death Cab for Cutie, Weezer, Tank, and the Bangas and collaborated with both the MLS’ Seattle Sounders and Pearl Jam’s Mike McCready on a number of projects. Their latest achievement is a forthcoming 7” from Sub Pop, out in February. Buy their merch now before it’s triple the cost on eBay, music lovers.

While Priscilla Block garnered buzz in 2021 thanks to the release of her self-titled EP and Tik Tok viral single, “Just About Over You,” 2022 is primed to be her year. With a highly-anticipated new album, Welcome to the Block Party, set to release on February 11, Block purposefully weaves messages of self-love, empowerment, and acceptance throughout the album. Songs like “Peaked in High School,” and her current single “My Bar” are sure to catapult this North Carolina native to the next level. This spunky, country-pop newcomer, who moved to Nashville 8 years ago to pursue a music career, is set to take the town by storm. If you haven’t been around the Block yet, we highly recommend a visit.

Country- rap, R&B, and soul all wrapped up in one has made Breland a stand-out artist to keep an eye on. Social media may have brought him to the attention of listeners with his first song “My Truck,”  but talent, creativity, and thinking outside the box will keep him propelling forward. Already making waves in country music, Breland has made his Grand Ole Opry debut, performed on the CMA Awards, and collaborated with A-list artists Nelly, Keith Urban on the dynamic “Throw It Back” and Dierks Bentley’s and HARDY on the single “Beers On Me.” You don’t have to take our word for it, you can catch Breland on the All Yours, All Night Tour with Russell Dickerson through February and see for yourself.

From busking in the streets of Brighton to signing with Ed Sheeran’s label, Gingerbread Man Records, and racking up over half a billion global streams of her debut album You Signed Up For This, British-born Maisie Peters is well on her way. Her songs “Psycho,” “Brooklyn” and “Volcano,” featured on her debut album, have garnered praise from fans and industry insiders alike. She’s already been tapped to write and perform songs for the new soundtrack album for the Apple TV+ original series Trying, and released the lead track, “Funeral,” in 2021.

You Signed Up For This debuted at number 2 on the UK Albums Chart. Of the album, Masiei shares, “It really is my (albeit not hugely long) life’s work and my proudest achievement; it is my favourite album maybe ever and whilst I may be biased, I really hope it goes into the world and becomes lots of other people’s favourite too.” Next stop for this 21-year-old phenom: world domination.

It seems like alt-pop artist PinkPanthersss rose to fame overnight, and perhaps she did. In fact, the singer/songwriter is climbing the charts so quickly that her identity is still largely unknown. What we do know, however, is that after her debut single went viral, she didn’t stop making music. PinkPanthersss dropped her first album in October of 2021, and it’s a whirlwind of quick-tempo, mellifluous lyrics. Songs “Pain” and “Just for Me” from the album have reached millions of streams and Coldplay even performed a cover of the latter. In terms of what’s next, the young artist played it coy. “I shan’t give too much away but expect a feature or two,” she told BBC. “I’ve been a bit of a lone wolf so far, but I’ve been really been trying to get into my collaboration bag. That’s the thing I’m most excited for.”

This band of musicians knows how to party. The seven-member group led by soulful singer/songwriter Sammy Rae has released two EPs and a handful of singles thus far. The Good Life (2018) introduced Sammy Rae & The Friends to the world, and Let’s Throw a Party (2021) solidified their staying power. Each of their songs possesses a diverse smattering of rock, folk, funk, and jazz sounds. The translation of their songs to the stage is subsequently distinctive. “We try to cultivate an environment where everybody feels really welcome both in the live space and on the internet space,” Rae recently told American Songwriter. We can’t wait to see SR&TF out on their Follow Me Like the Moon tour, and maybe we’ll see some of their famous friends there too.

Tom the Mail Man (né Sean Brown) is a hip-hop and rock artist from Monroe, Georgia. He chose his musical moniker to bring some anonymity to the person behind the music, but now, his presence is becoming harder and harder to overlook. His latest album, Sometimes Sorry Isn’t Enough, was released this past year and it is taking over conversations about the future of music. Listen to Tom himself recount his journey in a mini-documentary HERE.

A one-woman band, Holly Humberstone writes through trials and errors. Following up her 2020 debut EP Falling Asleep at the Wheel, the singer and songwriter chronicles life changes, from moving from her hometown of Liverpool to London to toxic relationships, and learning how to find closure on her sophomore EP The Walls Are Way Too Thin through breakup and loss on “Scarlett” and “Friendly Fire,” and finding it hard to say goodbye on “Please Don’t Leave Just Yet,” which was co-written with The 1975’s Matty Healy. “This EP represents a feeling of being lost,” says Humberstone. “It’s the kind of loss that makes you question who you are and where you belong… so lost that someone might need to find you again because you can’t find yourself.” For Humberstone, 2021 was a year of new expansion, touring the UK and U.S.—the latter for the first time—even landing gigs on Jimmy Kimmel Live!, The Late Late Show with James Corden, and The Tonight Show Starring Jimmy Fallon.

Grace Cummings’ guttural vocals captivate from the first line. Moving through the volatility and stillness of her lyrics on her self-produced sophomore album, Storm Queen, a follow up to her 2019 debut Refuge Cover, the Melbourne-born artist is a conduit for her most personal tales, and all the music playing in her head. Starting out as a drummer in rock bands in high schools, Cummings started writing her own songs, pulling inspiration from Bob Dylan, Australian singer-songwriter Paul Kelly, and a more solemn Irish folk song played by her father. “Irish melodies are some of my favorites,” says Cummings. “They go to such dark and dramatic places.”

GAYLE sings with a soul well beyond her 17 years. Well into formulating her music lifestream early on—even hitting the Nashville bar scene to perform at 10—GAYLE has always been on a mission and released single after single of powerhouse anthems in 2020 exploring insecurities and body image, the obtrusiveness of some relationships, love, and sex, all within her teens. Under the mentorship of songwriter, publisher, and producer Kara DioGuardi, GAYLE has flourished beyond her years with a matter-of-factness that poured out on breakout singles “dumbass” and “z” in 2020, through the reflective ballad “happy for you,” and the sexier croon of “orange peel”—Put me in the octagon, I’ll fight for ya. I can make a man go, like a mother-fucking mango. Her more expletive powerhouse anthem “abcdefu” is an “FU” to breakups and got the message across, reaching No. 1 on the Billboard Global 200 and Billboard Global Excl. U.S. charts… all this, and she doesn’t even have her first album out. 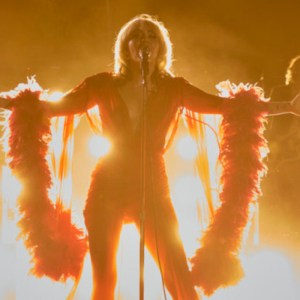 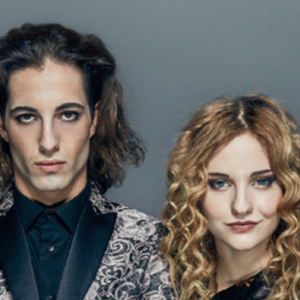