Apple Music returned this year with another all-star lineup for Carols Covered, a collection of exclusive holiday tracks.

The collection launched on November 19 with 15 songs, and an additional 10 songs from international artists added after the official launch. Featured artists on the initial launch include Ari Lennox, Wolf Alice, Griff, and Tate McRae, among others. French singer-songwriter Barbara Pravi, Chinese multi-genre singer Tia Ray, and Mexican pop singer and actress Danna Paola are a few of the international artists who will appear in the collection going forward. Last year, Carols Covered 2020 kicked off with artists such as Arlo Parks, Victoria Monét, and FLETCHER.

This year, each song on the 2021 collection will be available in spatial audio, new audio technology from Apple. This technology makes the sound seem like it’s coming from all around you when using compatible AirPods and an Apple device.

Gabby Barrett, whose version of “Silent Night” appears in this year’s collection, chose the tune because it’s one of her favorite Christmas songs and holds dear childhood memories.

“I think what really strikes me about the story of silent night would be that it is talking about our Lord’s birth, with the words of, ‘Son of God, loves pure light, radiant beams from thy holy face with the dawn of redeeming grace, Jesus Lord of thy birth. Jesus Lord of thy birth.’ And so, the whole song just speaks about that night that Christ was born and it’s detailed and it describes what the night was like. And I think it’s just a beautifully written song. I think it is so beautifully lyrically written, a song that talks about a calm, silent night, and expressing the wonders of a newborn child, our Lord being born. And so I think it’s just beautiful in every way, and I’m excited to have everybody hear it,” said Barrett.

Joy Oladokun covered “Jingle Bells,” which she describes as a sign that Christmas is coming.

“I decided to cover Jingle Bells just because it’s a fun song. Everybody has a goofy version that they sing in a car or like a version that they grew up listening to. It’s a cool representative of Christmas time that doesn’t necessarily have any religious or spiritual undertones. It’s literally just about the sounds and the vibe of the season. I think there’s an undercurrent of joy, you know what it’s like to have a snow day and a sled and to sort of experience the movement and the serenity and the cold and the family time that sort of comes with the season. And I feel like Jingle Bells sort of speaks to that nostalgia and that joy and that feeling. I think a lot of my music is just sort of centered around time and the seasons and how they make us feel and how I feel and process things as the world goes by. And I think Christmas is a time consistently where even if life is hard, there’s still this sense of unity and goodwill in the air,” said Oladokun.

“Jingle Bells brings up memories of being a kid and just the anticipation that comes with Christmas. Because you hear it everywhere and it’s almost as if Jingle Bells is this audible countdown. You hear it in the grocery store and you’re like, oh my gosh, Christmas is coming. And someone’s humming it at school and you’re like, Christmas is coming. And so, I think it reminds me of like that tension and then excitement of like what am I getting? Or what am I going to give? And just being a kid in the magic of that season,” she concluded. 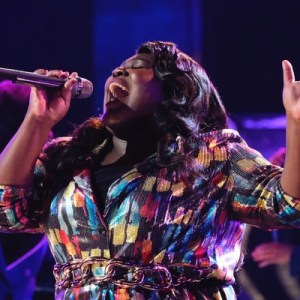