As soon as Jershika Maple sang the opening words to Paramore’s “Ain’t It Fun” on The Voice on Monday night (Nov. 29), it was clear that a magnificent performance was about to unfold.

Singing the 2013 hit as a part of “Challenge Week,” where the contestants go out of their comfort zones, Maple managed to perfectly execute the song’s ethos while making it entirely her own. Effortlessly utilizing her impressive range, she made the melody light and jovial, while endowing it with underlying power and umph that, in total, showed off just how talented she is.

Strutting around the stage in a vibey, geometric pattern-clad suit, Maple also illuminated the room with her spirit and style. Smiling between the lines and clearly enjoying herself—while seamlessly executing such a remarkable musical feat—the Team Legend contestant demonstrated her knack for performing on the national stage.

“The runs and sass, it was really cool,” coach Kelly Clarkson said, echoing the sentiments of many fans. Likewise, Maple’s own coach, John Legend, said: “You just knocked it out of the park! It was brilliant and fun—that was tremendous.”

Tuesday night (Nov. 30), an additional episode will air, in which the bottom three contestants from Monday night’s program will go head-to-head. Fans at home will be able to vote to save one contestant, but the other two will be eliminated—then, next week, the show will enter its semi-finals stage.

To stay up to date with all things The Voice, read more coverage HERE. 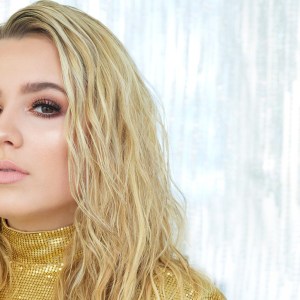