Charlie Puth has a knack for making the oddest clamor sound melodic. It’s all in the details—or not. In fact, when it comes to making music, anything goes—and did—on his third album, Charlie.

On the dance-y track “Light Switch,” a perceptive ear will detect the actual sound of a light switch flicking on and off, something Puth first recorded and posted on his TikTok page, where he ultimately documented the making of the album.

Initially, “Light Switch” started out as a gloomier slow ballad about how he couldn’t switch his brain off, before it switched into a dance-pop number about a girl that he’s attracted to, who is wrong for him, but knows how to turn him on … like a light switch.

Further into the lyrics, Puth is still questioning the young women’s intentions and owning up to the fact that he still can’t pull himself away from her.

Do you love it when you keep me guessin’?
When you leave, and then you leave me stressin’
But I can’t stay mad when you walk like that, no
Why you always wanna act like lovers
But you never wanna be each other’s?
I say don’t look back, but I go right back and
All of a sudden, I’m hypnotized
You’re the one that I can’t deny
Every time that I say I’m gonna walk away

“It’s a risky song to put out,” said Puth in the September 2022 issue of American Songwriter. “It’s almost quirky and maybe not the coolest song, but I think the fact that it’s not the coolest song makes it cool because that’s just me as a song. I’m not a cool person.”

Puth added that Charlie is his most personal album to date. “I always thought I had to pretend to be someone I wasn’t,” shared Puth, “which is why there were so many songs on the second album that were genuine. [On] the first album, I was still finding myself.”

Produced by Puth and co-written with Jacob Kasher and Jake Torrey, fans followed the making of “Light Switch” and many of the other tracks from Charlie on TikTok as Puth was creating and producing the album.

Teasing “Light Switch,” alone, for four months before finally releasing it, the song, like the album was an experiment in sounds and also Puth’s way of sharing every minutiae of the production process with fans before the release of Charlie.

Puth also wanted to show followers that they can make music from anywhere.

Deconstructing and then reconstructing the making of the album on TikTok created a breeding ground of new music coming into Puth from all directions, as he documented the song- and music-making process.

“I want people to listen to this and realize that they’re the activators,” Puth told American Songwriter. “They can tap a pair of scissors and make a pretty steady hi-hat track that could actually work very well.”

He added, “My whole thing was, I wanted people to listen to this album, and I wanted them to make their own album and realize that anybody can be a musician. Anybody can write a No. 1 record. Anybody can write up a song, and they don’t have to necessarily go to school or be a ‘musician.’ Music is everywhere. You just have to activate it.” 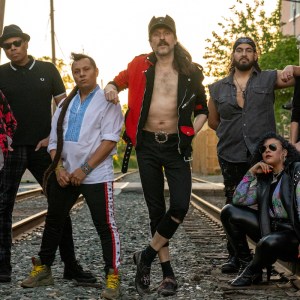 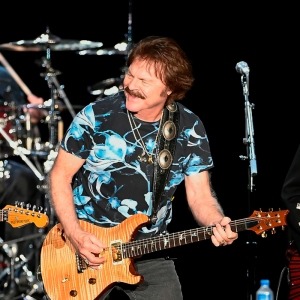