Blink-182‘s Mark Hoppus has the best reason to celebrate: he’s cancer-free. Now, the bassist teased that he’s working on new music to help ring in the celebration.

The bassist was diagnosed with 4-A diffuse large B-cell lymphoma last year. He received the news and handled treatment privately before revealing he was cancer-free to fans in September. Post-treatment, he opened up to GQ magazine about the recovery process.

“I had a really dark time after finding out,” Hoppus told GQ. “I went through this whole period of like, not why me, but of course me. Why wouldn’t it be me? We’ve had so much good luck and good fortune, and things have kind of fallen into place for me specifically for so long, that of course I was due. I was due for something tragic.”

Thankfully, Hoppus has made a recovery and shared that he has a lot to be thankful for.

“I have so much to be thankful for today,” he wrote in a Thanksgiving message to fans last November. With the success of his recovery, Hoppus teased some future musical endeavors in a rare run-in with a TMZ journalist.

“Life’s great! I’m glad to be here,” he responded.

Hoppus said he hoped to release new music and that he “wanted to get back into the studio and get back playing music and get off [his] couch.”

The bassist’s news also comes with it some great repair for the band’s dynamic. Former Blink-182 bandmate Tom DeLonge said that he and Hoppus have been able to mend their friendship since the diagnosis. The two had previously been on less-than-friendly terms since DeLonge indefinitely left the band.

Hoppus made his first live performance post-treatment back in October 2021. He joined bandmate/drummer Travis Barker for Barker’s “House of Horrors” dressed in Batman-themed attire. The band revisited classic Blink songs, such as “What’s My Age Again?” “The Rock Show,” and “Family Reunion.”

Ahead of the performance, Barker said that Hoppus’ clean bill of health was “the biggest, best news all year.” He added, “That’s my brother. Mark doing this, and us playing a few songs, is just incredible. I’ve been with him through this whole process, and he’s just been so strong and resilient and tough. It’s awesome.” 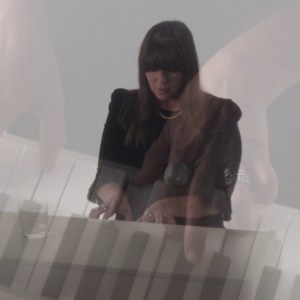 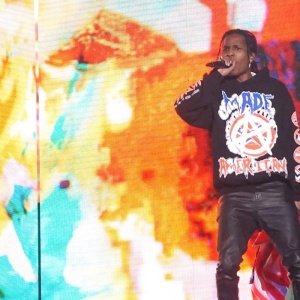