Approximately 90 minutes before the Americanarama Festival was due to start, a rainstorm complete with thunder and lightning descended upon the greater Philadelphia area.  It was a hard rain, and that’s putting it lightly.  It turned out to be a record breaking storm dumping eight inches of rain on Philly and New Jersey in less than five hours.  If you’re a Philly resident, the smartest way to get to the Susquehanna Bank Center which used to be the E Center is to take the ferry.  It’s fast and its cheap.  The only problem is getting to the ferry from the subway stop, about a six block walk.  A block from the subway, an intense rain started, the kind where you’re drenched in one second and umbrellas are useless.  So we finally arrived at the venue in a truly soaked condition after another six block or so walk from the ferry to the venue just in time to see Wilco.

I really want to like Jeff Tweedy, I really do.  He has good taste in hats, he has really cool guitars, he can write really good pop and country songs that at their best are really catchy with good hooks and licks, but I don’t get this noise thing that’s going on.  I mean halfway through the first verse of the first song, “Via Chicago,” all hell broke loose with flashing lights, sonic noise, crashing drums, and then back to the song.  And the first half of the set was like that until somewhere in the middle they really played no bullshit country influenced roots rock and when they did, they were truly great, and it pretty much stayed that way for the rest of the night, bringing out Ryan Bingham and his entire band to join them on “California Stars.”

Standing at center stage Dylan started off strong with “Things Have Changed” and his vocals were strong throughout.  I was keeping an eye on Linden to see how he played, what he played and how he interacted with Bob Dylan and the band.  He doesn’t use a pick, usually plays a Les Paul Gibson, switching to a wood resonator guitar for a slide solo on “Highwater” and Blind Willie McTell, and a Gretsch Chet Atkins for the prettier songs like “Soon After Midnight.”

The highlight of this particular show was a revamped “Tangled Up In Blue,” a song that’s been a work in progress for 39 years.  There were several new lines including one about making rhymes while walking in the snow, but there were melodic changes as well.  The arrangement started off similar to the tour earlier this year, but Dylan found a riff he liked on the piano that changed the dynamics of the melody, and the band quickly picked up on it.

“Early Roman Kings” smoked throughout with Linden echoing Donnie Herron’s slide and Dylan relentless on the vocal putting added emphasis on the verse: “I was up on black mountain/The Day Detroit fell/They killed ’em all off/And they sent ’em off to hell.”

The other highpoint, the showpiece of the night was the rearranged “She Belongs To Me,” with featured great harp from Dylan and “All Along The Watchtower,” which recaptured the spookiness of the original studio version.

While the concert did not match the intensity of the Bethlehem show I saw earlier this year, it was a solid show throughout with the only weak point being “A Hard Rain’s A-Gonna Fall,” which never quite jelled.

However, that lack of intensity may also be due to musicians realizing they’re playing for an audience that could care less.  There were nonstop conversations throughout the sets of both acts.  When Wilco took the stage and we had 10th row sets, the entire row in front of me was not looking at the stage but at their cell phones. We had incredible seats right in the center and entire row isn’t even looking at the musicians on stage.  At one point during Wilco some beach balls or maybe balloons found their way up front and were continually bounced around until Jeff Tweedy suggested they cut it out.  I don’t understand why when you have great seats right at the stage, you’d want to look through some little screen, but this stuff is killing the experience of live music. 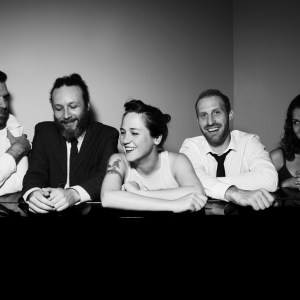 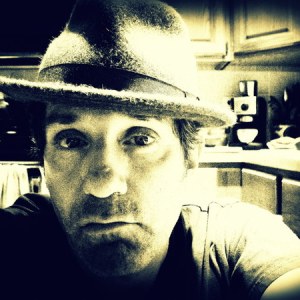