This column is generally devoted to sets of lyrics which have stood the test of time. So how does a song that was just released a month ago make the grade?

Well, when Bob Dylan is involved, waving the normal rules is understandable. His songs these days seem to come out of the box sounding timeless, even as they effortlessly take the temperature of modern times. “Scarlet Town,” a sublime piece of fodder for the Dylanologists from Tempest, dips its toes into the past even as it stays rooted in a merciless yet endlessly intriguing present.

As with so many Dylan songs, there are allusions to be found for those who are interested. The meter and several phrases in the lyrics were borrowed from The Chapel Of The Hermits by 19th century Quaker poet John Greenleaf Whittier. Meanwhile, the song’s title and the deathbed scenario portrayed in Dylan’s lyrics come from the classic folk ballad “Barbara Allen,” which Bob played often in concert in the late ’80s and early ’90s.

As Dylan told Rolling Stone in a recent, fiery interview, such appropriation of other material is just another tool for songwriters to utilize: “I’m working within my art form. It’s that simple. I work within the rules and limitations of it. There are authoritarian figures that can explain that kind of art form better to you than I can. It’s called songwriting. It has to do with melody and rhythm, and then after that, anything goes. You make everything yours. We all do it.”

Yet Dylan turns those allusions on their ear by juxtaposing them with pieces of modernity that most poets wouldn’t dare to immortalize. In this song, Barbara Allen takes a back seat to a “flat-chested junkie whore” while “Scarlet Town” itself sounds like it’s not all that far from Desolation Row.

Mixing up all of these unexpected seemingly unconnected elements is emblematic of Dylan’s work since his 1997 resurgence with Time Out Of Mind. He piles lines and phrases one on top of another for maximum impact in his damning description of “Scarlet Town.” Yet in the midst of all this, he drops in a couplet about a woman’s legs, telling her “A lot of thing we didn’t do I wish we had.” This fictional place is pretty harrowing, but it’s not going to stop this guy from having his fun.

Dylan’s ultimate conclusion seems to be that the allure of “Scarlet Town” is strong enough to make anyone disrespect their better judgment. By including the references to older material, he draws a line back to the past to show that the cycle keeps repeating itself, even if people are too foolish to realize it. And once you’re there, it’s too late: “In Scarlet Town cryin’ won’t do no good.”

In Scarlet Town, where I was born
There’s ivy leaf and silver thorn
The streets have names that you can’t pronounce
Gold is down to a quarter of an ounce
The music starts and the people sway
Everybody says, “Are you going my way? ”
Uncle Tom still workin’ for Uncle Bill
Scarlet Town is under the hill.

Scarlet Town in the month of May
Sweet William Holme on his deathbed lay
Mistress Mary by the side of the bed
Kissin’ his face and heapin’ prayers on his head
So brave, so true, so gentle is he
I’ll weep for him as he would weep for me
Little Boy Blue come your blow horn
In Scarlet Town, where I was born

Scarlet Town, in the hot noon hours,
There’s palm-leaf shadows and scattered flowers
Beggars crouching at the gate
Help comes, but it comes too late
By marble slabs and in fields of stone
You make your humble wishes known
I touched the garment, but the hem was torn
In Scarlet Town, where I was born

In Scarlet Town, the end is near
The Seven Wonders of the World are here
The evil and the good livin’ side by side
All human forms seem glorified
Put your heart on a platter and see who will bite
See who will hold you and kiss you good night
There’s walnut groves and maplewood
In Scarlet Town cryin’ won’t do no good

Set ’em up Joe, play “Walkin’ the Floor”
Play it for my flat-chested junkie whore
I’m staying up late, I’m making amends
While we smile, all heaven descends
If love is a sin, then beauty is a crime
All things are beautiful in their time
The black and the white, the yellow and the brown
It’s all right there in front of you in Scarlet Town 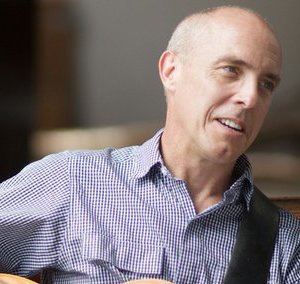 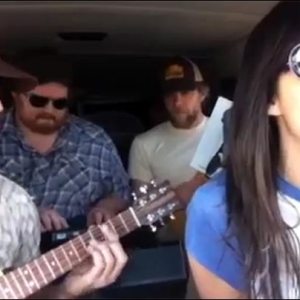