Brian Wilson has long been candid about his Schizoaffective disorder. He began hearing voices berating and belittling him at age 21. The musician and record producer founded the Beach Boys in 1961 with his brothers Dennis and Carl, as well as their cousin Mike Love. Facing the pressure of a hard-driving, abusive father, and resistance from his bandmates to his unconventional approach to creating music, later marked the 80-year-old artist as a genius.

His story is one that has been told before. First, in 1995, Don Was shared the concise documentary, Brian Wilson: I Just Wasn’t Made For These Times. A 2014 biopic by Bill Pohland, Love & Mercy reached further into the painful unraveling of his life post-Beach Boys—the deaths of his two bandmate brothers; the Svengali psychotherapist, Eugene Landy, who was hired to help him overcome his addictions and took over his life and finances.

Premiering Tuesday (June 15) at the Tribeca Film Festival, Brian Wilson: Long Promised Road is the third attempt to capture the very spirit of the artist. The documentary does not deliver the legend of the original Beach Boys in a sun-drench SoCal light. Instead, the film aches with moments of discomfort and oppressive poignancy. But, Wilson, who served as the executive producer had the final say about the story that will unfold.

Film director Brent Wilson (no relation) contacted Rolling Stone editor, Jason Fine, after his own attempts to interview Wilson bore little fruit. Fine said his own experiences with the musician have taught him that “being there when he’s ready to talk has always been a big thing with Brian.”

So they hit the road, eventually filming nearly 70 hours of footage.

Brian Wilson: Long Promised Road chronicles the physical and anecdotal mile markers of the artists enduring legacy along the California coast. With Fine behind the wheel and Wilson selecting the music, the two revisit many of the periods and locations that shaped the artist’s life.

After all the years where his life was dominated by negativity, Wilson now has a positive, supportive personal life with wife Melinda and their family. He’s also surrounded by musicians who clearly revere him and are devoted to bringing, what Elton John called, the orchestra in Wilson’s head to life.

Long Promised Road finds him and his ace band at the Hollywood Bowl, Nashville’s Ryman Auditorium and the Odeon in London. It also touches on Wilson’s 2004 resurrection of his legendarily delayed project Smile, begun nearly 40 years earlier with the Beach Boys and Van Dyke Parks.

“I didn’t feel that Brian’s story, Brian’s third act now, had been done properly,” Fine said in an interview with The Associated Press. “I think that Brian is often seen as a recluse, as a victim, as someone who burned out (and)… lost his way,” he said. “That’s not how I see Brian at all. Ever since I’ve known him I see him as a hero, a courageous person, who gives everybody who goes to his shows strength and inspiration.”

Fine said that “I wanted to show people Brian’s humanity, his decency, his kindness, his humor, his curiosity.” 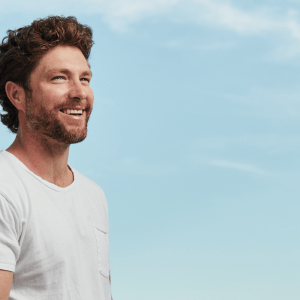 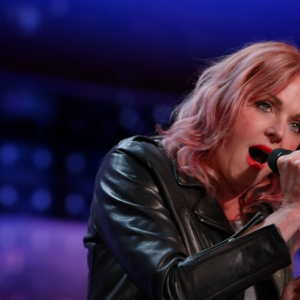