“I’m releasing another holiday song this year, and I thought what better day to announce it than Halloween,” said Fallon on the Tonight Show Starring Jimmy Fallon on Oct. 31.

He added, “People have that debate after Thanksgiving of, ‘Can we listen to holiday music? Can we listen to Christmas music? Is it too early? Can we put on Mariah Carey now?’ I say, ‘Yeah.’ … So I thought it would be fun if I put out a song and released it around Halloween, for the holidays.”

Parton starts off the holiday song singing, It’s almost too early for Christmas before Fallon takes on the next verse, Too soon to be singing this song. The pair then continue line by line throughout the humorous duet: There’s still Halloween decorations / And haters will say that it’s wrong / Let’s turn on the lights for Mariah / Tell Rudolph to shine up his nose with both singing It’s almost too early for Christmas / Why don’t we see how it goes.

In 2021, Fallon released his first holiday song “It Was a… (Masked Christmas),” featuring Megan Thee Stallion and Ariana Grande, and said he wanted to continue the tradition. Fallon, who is set to appear in Parton’s upcoming holiday film Magic Mountain Christmas, has been friends with the country legend for years.

Parton has appeared on the Tonight Show Starring Jimmy Fallon several times, even singing holiday songs with the host. In 2020, the pair also recorded Mariah Carey’s holiday hit “All I Want for Christmas is You” for Parton’s 47th album A Holly Dolly Christmas.

“Well, I have a crush on Jimmy Fallon, but I’m big now, I can’t excuse myself on that,” revealed Parton in a 2021 interview. “I think he is precious. He’s so funny. We get along so good.”

Parton added, “Sometimes you never know who you’re gonna connect with. I’ve always had good luck with late-night guys. I always had a nice relationship with David Letterman and with Johnny Carson. I guess there’s something about those late-night people that kinda hits my fancy and I hit theirs somehow. I guess it’s ’cause you feel like you can be more free late at night. You don’t have to worry about what you say.” 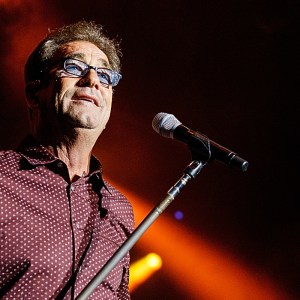