The Boss talks about Springsteen, Dylan and John Prine.

Bruce Springsteen was a guest on “The Late Show with Stephen Colbert” last night, 10.21.20. It was a remote interview, with Bruce in what looked like a big barn, warmly lit with low light, many electric guitars around him and other gear.

Colbert asked about his early epic writing style, which led to expansive classics like “Thunder Road.”

“I don’t write lyrics like that anymore,” said Springsteen, “and I loved that writing style. And I wish I hadn’t abandoned it too soon, but I was very self-conscious about the Dylan comparisons. So I moved away from it rather quickly. But looking back on it, I kind of had my own Dylanesque style that was really a lot of fun, opening the dam and letting the words spill out.”

Colbert reminded Springsteen of Dylan’s statement to Clive Davis about the expansive songwriting on Bruce’s debut album, Greetings from Asbury Park: “He’d better be careful or he might go through every word in the English language and run out of words.”

Springsteen laughed heartily at that. Colbert then asked him to name his Top Three Dylan songs.

Colbert said, “This is the final round of the competition, Bruce. This is for all the money.”

Bruce then offered these:

1. “Like A Rolling Stone.”
“It’s a historic, culture-changing piece of music. And it’s also a fantastic rock & roll song. So that I’d have to put in there.”

Colbert then asked him to name a single line from a Dylan song that stood out for him. Bruce answered with the opening of “Like A Rolling Stone.” “Once upon a time you felt so fine threw the bums a dime in your prime, didn’t you?”

“You heard that,” Springsteen said, “and you were hooked. You were into that story so quickly. That’s the one for me.”

Colbert then said, “Not that you asked,” but said his favorite Dylan line is “My weariness amazes me, I’m branded on my feet,” from “Mr. Tambourine Man.”

He then asked Bruce about another beloved songwriter, and one we all lost so recently, John Prine.

Bruce looked sorrowful, and slowly said, “Besides being a great musician, he was a lovely, lovely man. A national treasure. To have him pass away from Covid was a tragedy. A national loss.” 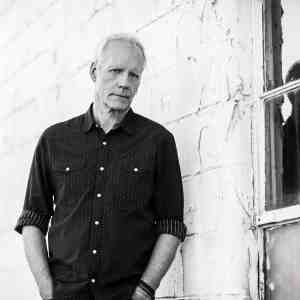