On a flight home from California, Caitlin Canty found herself gazing out the window for most of the flight… thinking. Pregnant with her first child, the Nashville artist couldn’t help but question what kind of world she was bringing her son into.

“At 30,000 feet, the rivers and roads looked like the flowing veins and arteries of our country,” says Canty. “The patchwork of quilted farmland and tight-knit cities drove home how connected we truly are as Americans despite the fractured state of our nation.”

Somewhere between that visual patchwork and a her growing discontent after scrolling through news, it was Woody Guthrie’s autobiography “Bound for Glory” that helped Canty redirect her sadness and rage around what is happening in America into “Where is the Heart of My Country.”

Following up 2018’s Motel Bouquet, on “Where is the Heart of My Country” Canty paints a haunting portrait of a country in distress, achingly delivering part of her story in Golden skyway westbound highway birds in a church choir / The sun sets down in the grass like wildfire / Young horse runs at the fence line just to test his own desire / Plastic bags like prayer flags the wind caught on the wire. Throughout its slow-folk croon, Canty can’t help but unearth heartache around America’s uncertain future, and keeps questioning where is the heart of my country now.

“I was aching over our country’s growing division, disheartened by the people stoking the flames and inspired by strong voices raised in protest,” says Canty of the song. “I was thinking about the many chapters of America’s past and wondering where our story goes from here.”

Setting up a makeshift studio at her home using borrowed gear, Canty was compelled to record “Where is the Heart of My Country” sooner rather than later. Working with the band of Noam Pikelny, Brittany Haas, Paul Kowert, and Andrew Marlin, Canty tracked her vocals while eight months pregnant.

“The microphones are now torn down, and the room where I sang ‘Where is the Heart of My Country’ is a nursery,” says Canty. “I hope by the time my son is old enough to understand the refrain, its sentiment will seem like a relic of the distant past.” 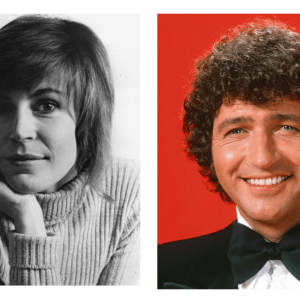