Bob Dylan knows how to use words.

He’s demonstrated it for decades. But one of his most important lyrics didn’t come in a song, per se. Rather, they were bound together in a poem that he wrote to honor his musical hero, the legendary folk artist, and songwriter Woody Guthrie.

Recited on April 12, 1963, at a performance at New York City’s Town Hall, a recording of the lengthy seven-plus-minute poem—reminiscent of Howl, the work of Dylan’s Beat poet friend, Allen Ginsberg—was later released in 1991 on The Bootleg Series Volumes 1-3 (Rare & Unreleased) 1961-1991 after being widely circulated as a bootleg.

The poem highlights the feeling of lack of inspiration and references the pitfalls of a culture built on celebrity. It goes on to reference searching for yourself and for those unique, human torch-bearers who keep you alive when all else seems lost and invaluable. Dylan also refers to God, Woody Guthrie, and the Grand Canyon. It’s a poem of hope and realism.

When yer head gets twisted and yer mind grows numb
When you think you’re too old, too young, too smart, or too dumb
When yer laggin’ behind an’ losin’ yer pace
In a slow-motion crawl of life’s busy race
No matter what yer doing if you start givin’ up
If the wine don’t come to the top of yer cup
If the wind’s got you sideways with one hand holdin’ on
And the other starts slipping and the feeling is gone
And yer train engine fire needs a new spark to catch it
And the wood’s easy findin’ but yer lazy to fetch it

He continues later in the work:

In this oft-hopeless world, Dylan explains, we need a light of hope. For him, coming up as a young aspiring artist born in Duluth, Minnesota, in the ’40s and ’50s, that light was Guthrie, who died on October 3, 1967, in New York City, at 55. (Guthrie, of course, is known for his songs like “This Land Is Your Land.”)

At the original performance, Dylan played several songs, including “Tomorrow Is a Long Time,” “Dusty Old Fairgrounds,” “Ramblin’ Down Thru the World” and “Bob Dylan’s New Orleans Rag.” But at the end of the show, he recited the poem in public, which he has never since done.

Introducing the poem, Dylan said he’d been asked to “write something about Woody…what does Woody Guthrie mean to you in twenty-five words.” He said he “couldn’t do it—I wrote out five pages and… I have it here…Have it here by accident, actually.”

Check out Dylan’s reading of the poem below. 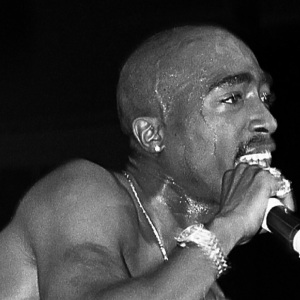 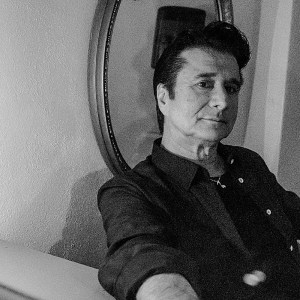