Cameron Crowe remembers the first time he laid his eyes on Joni Mitchell’s Blue vividly. He was walking down the street by his San Diego home, as depicted in the opening scene of Almost Famous, and there it was in the sun-beaten window of a local record store.

He tells Joy Williams, host of Apple Music’s Southern Craft Radio, “I don’t know how they pulled this off, but the sun would just beat into this record store, and they used no curtains. Every record was warped. So I walked by one day and they’re warping in the sun on the little stand, it said the new Joni Mitchell album and it was just that cover of ‘Blue.”

Gleefully, he grabbed a copy and “miraculously,” it played. A younger Crowe was unaware Mitchell had a new record on the way, but the 1971 enduring classic resonated as a “manual for romantic hope and heartbreak.” The “River” and “California” time stamped a critical moment in the quickly evolving teenager’s life. Listening back feels like returning to a past self.

“It’s almost like a smell can take you back to a certain time in your life very vividly, the music’s the same way,” says Crowe. “And so I look at the cover of ‘Blue’ and I’m instantly a little guy with my face pressed against the window in San Diego, just on the verge of knowing that this is everything to me, music, writing, experiencing it. So Joni being a river, no pun intended, that runs through all of this is really important to me.”

Crowe’s incredible career as a music journalist—having interviewed luminaries like Gregg Allman, Dylan, Crosby, Stills, Nash & Young, Linda Ronstadt, Led Zeppelin and Elton John—and movie producer of the likes of Almost Famous and Jerry Maguire, has failed to benumb him to the pinnacle experiences. One of his “pinch me” moments came this year, timed with the arrival of her first release from a box set project, where Crowe spoke with Joni Mitchell about life before fame, the correct way to sing her songs—and her long struggle to walk and talk again after an aneurysm, for The Guardian.

The first installment of an expansive archival series release in late October 2020. The package which features a 40-page booklet with new liner notes and unseen photos from Mitchell’s personal collection, concludes with a three-set 1967 nightclub show captured at the Canterbury House in Ann Arbor, Michigan. Crowe described the second set as “a mother,” and “manna from heaven.” It begins with the first album through Blue. And it includes rarities, like never-seen-footage and a solo concert at Carnegie Hall from 1972.

Speaking with someone as pivotal as Joni Mitchell about a lifelong career is what keeps him going. Being a fan is feared to feel unprofessional, but Crowe, revered for his professionalism since the age of 16 disagrees. Sharing intimate moments with Mitchell, as he has with a multitude of renowned artists in his decade-spanning career, was made effortless by his fandom, which he defines as “studying the stuff you love.” Over time, he’s dsicovered that people “rarely have they ever said, ‘No,’ if was a chance to talk to somebody who loves and understands their music or art. And to me, there’s nothing more fun than that.”

His “true north” is capturing a moment that’s “small but huge.” He describes the phenomenon to Williams as, “like catching that comet, because there’s comets everywhere creatively. You know that, you catch them all the time. A lot of people wait to be thrown some glorious kind of realization, but in fact, you got to reach for it, and just be open to all kinds of stuff. And when those things land, and it’s simple, and truthful, and personal, like in all my writing, that’s been the stuff that people responded to the most.”

Additionally, over the pandemic, in a reflective process similar to Mitchell’s, Crowe returned to his roots, sifting through towering stacks of yellow legal pads to put together a dynamically styled memoir of his writing for Rolling Stone.

“Over the years I have gone back and had almost every single one of the people whose stories are being collected, comment on themselves as a younger person in the story. So I’ll read them back quotes from back then and have them respond as to sound like somebody that you know, and would you have this dialogue with your younger self.”

He completed the last one of these during COVID-19 with Fleetwood Mac, who now joins his upcoming project with David Bowie—right before he died±Gregg Allman, Dylan, Crosby, Stills, Nash & Young, Linda Ronstadt, Led Zeppelin and Elton John. 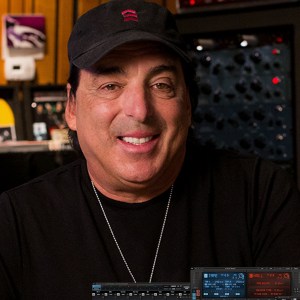 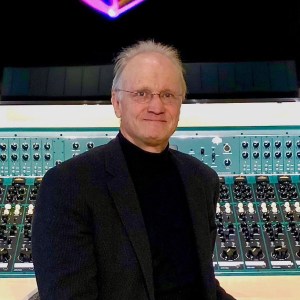