And the host’s relatively new Netflix series, My Next Guest Needs No Introduction with David Letterman, is fast becoming a notable offering, as well.

The series’ upcoming new season, Letterman’s fourth with the streaming giant, premieres today (May 20). And it will consist of six episodes.

This season, the famed late-night talk show host will feature more big names, as he’s delivered in the past. This go-round includes musicians Cardi B, Billie Eilish, and Will Smith, along with basketball star Kevin Durant, and actors Julia Louis-Dreyfus and Ryan Reynolds. In the Eilish episode, Letterman and the “Bad Guy” singer go go-karting.

In case you were wondering, all of the episodes were taped prior to March 2022 and, thus, the Smith episode will not touch on his Oscar appearance, which (sadly) included the slap heard ’round the world when Smith assaulted comedian Chris Rock during the highly-watched awards show.

Unlike Letterman’s CBS talk show, which usually highlighted three guests and a musical act, his new series focuses on a single interview. The show originally debuted in 2018 with Barack Obama. To date, there have been 18 episodes that have aired, including episodes with celebrities like Tina Fey, Jerry Seinfeld, Kim Kardashian, and Lizzo.

For those uninitiated, the show’s official description reads, “David Letterman returns to the host seat with My Next Guest Needs No Introduction with David Letterman, combining humor, curiosity, and in-depth conversations with extraordinary people.”

A fan account dedicated to Cardi B shared the news of her episode, which is the first in the new season, and Cardi shared it.

The fan account wrote, “Less than three and a half hours until #CardiOnLetterman. Who is staying up to watch the debut on Netflix?” 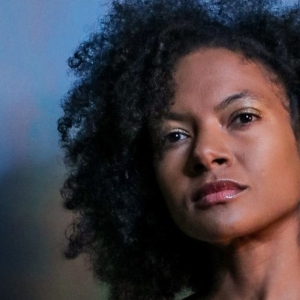